“My fight is for Hindutva”: Shaheen Bagh shooter after BJP cancels membership 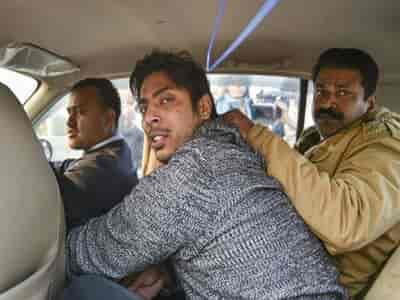 Early on Wednesday, it was reported that the man known for firing shots in the air amid Anti CAA-NRC protests at Delhi’s Shaheen Bagh locality in February, joined the Bharatiya Janata Party on Wednesday, 30 December.

Gujjar had reportedly become a member of the ruling party in Uttar Pradesh’s Ghaziabad city.

Ghaziabad BJP President Sanjeev Sharma clarified that the unit had no knowledge about Gurjar’s association with the Shaheen Bagh issue.

“Kapil Gurjar was part of a group of BSP workers who joined BJP today. We had no knowledge about his association with Shaheen Bagh issue,” Sharma told news agency ANI.

Meanwhile, Gurjar reacting to cancelation of his membership said, “I will do what the party wants me to do. My fight is for Hindutva and I will continue to fight for it. I will work for the party. It doesn’t matter they give me membership or not. My ideology matches with that of BJP. We both are supporters of Hindutva,” he told Times Now.

In February, Gurjar had fired two rounds in the air at the Shaheen Bagh which was the epicenter of the anti-Citizenship Amendment Act (CAA) protests.

The 24-hour sit-in that was mainly led by women lasted for more than three months. The peaceful agitation that became a pan-India template for anti-CAA protests was called off in March in the wake of coronavirus fears and subsequent lockdown.