‘My boy had recovered 75%’: 24 patients die in Karnataka due to alleged oxygen shortage 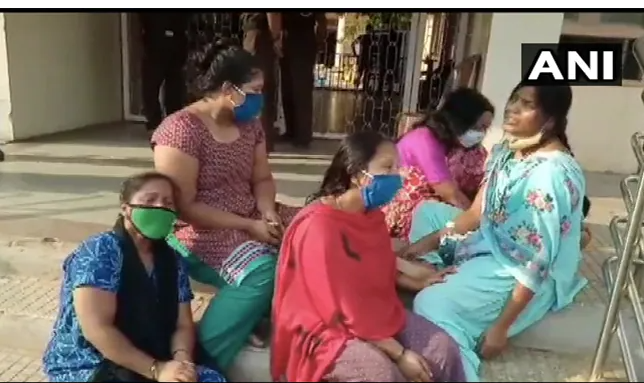 24 patients died at a government hospital in Karnataka, the deaths were reported at the hospital in Chamarajanagar allegedly after the oxygen supply dropped.

The deaths were reported after there was a fall in oxygen supply between 12 am to 2 am, according to a senior official at the hospital. At least 144 patients are being treated at the hospital, he added.

“My boy had recovered 75%. If there had been an oxygen cylinder he could have been saved,” said Lokesh.

Another such relative, Rajanna, said he received a distress call from his brother at midnight. “He called me around 12 o’clock saying there was no oxygen. Please see what you can do. When we came here immediately, they didn’t allow any of us in. When we called again, there was no reply. That meant he was gone. He died because of lack of oxygen”.

Chief Minister BS Yediyurappa has appointed IAS officer Shivayogi Kalasad to investigate into the matter. The report into this death has to be submitted to the government within three days. State Home Minister Basavaraja Bommai, meanwhile, has asked the DGP-IGP Praveen Sood to investigate the matter and submit a comprehensive report for further action.

Previous article‘Living continue to suffer, dead deprived of dignity’: Mehbooba hits out at GOI for dismissing teacher
Next articleCity without ICUs: A desperate husband, a dying wife in Srinagar