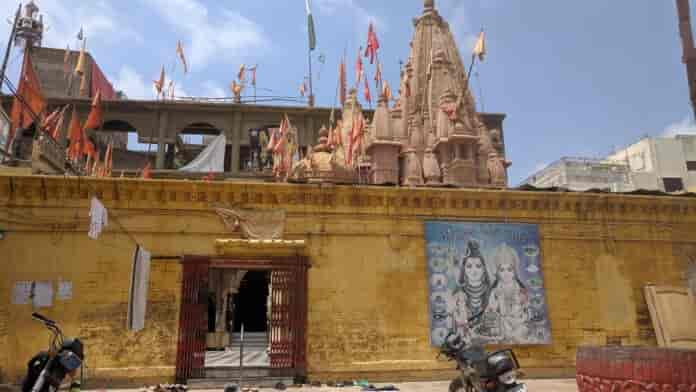 Muslim neighbours in Pakistan’s Karachi came to the rescue of a Hindu community that came under attack from an extremist mob.

This time it was a Hindu temple, in Karachi’s century old neighbourhood that houses over 300 Hindu families, which was vandalized.

An angry mob attempted to attack the Compound, located near Lee market in Lyar area. As per residents, belonging to the Hindu community, scores of men had assembled outside the compound’s only gate at around 9 p.m.

“Many in the mob were believed to have intended to attack the Hindu families,” said an eyewitness.

“Some of the angry men had managed to reach the temple and tried to vandalize it,” said another resident of the area.

“I never felt this kind of dread,” added a teary-eyed resident.

However, it was the bravery and courageous stand of the Muslims from the same compound that reached the gate and stopped the mob from entering and attacking the Hindu families, IANS reported.

“Even though we were saved by the mob because of our Muslim neighbours, the mob was able to vandalize at least three pre-partition idols, which were destroyed during the episode,” an eyewitness from the Hindu community told IANS.

The Hindu residents of the compound were all praise for their Muslim neighbours, who had “asked the mob not to attack any Hindu family and stood in the face of danger like a wall”.

An official from the police authorities also confirmed that it was the Muslim families of the area whose resilience stopped and thwarted the mob attack on the Hindu community.

“Had it not been for the Muslim families, it would have been very difficult to thwart the attack,” said a senior police official.

Fears remain among the Hindu community of the area, as over 60 Hindu families had shifted to other areas of the city.

“The fear still lingers and the people have left their homes and shifted women and children to locations they deem safe,” said a resident.

One of the elders from the Hindu community, who has lived all his life in that compound, said that he “had never witnessed an attack of the sort as the one he just witnessed”.