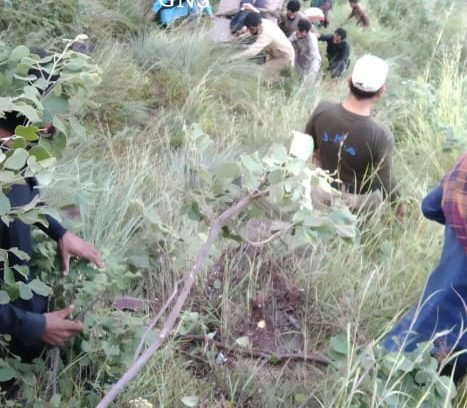 A mother-son duo was killed while two other members of the family were injured when a vehicle they were traveling in skidded off the road and fell into a gorge in the Mahore area of Reasi district on Sunday.

Official sources told a local news agency, Global News Service (GNS), that an Alto (JK02AB-2403) in which four members of a family were going on met with an accident near Shila Shajroo Mahore, resulting in the death of Sakeena Begum (42) and her son Imityaz Ahmed (20).

A police officer told GNS that a case has been registered with regard to the accident. (GNS)