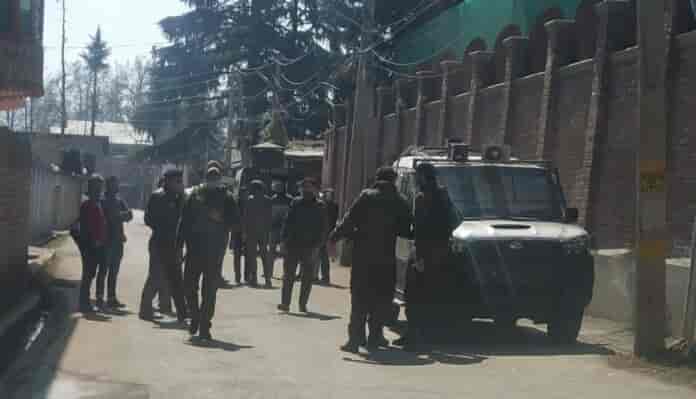 All Parties Hurriyat Conference (APHC) on Friday said that its chairman Mirwaiz Umar Farooq who is under house arrest since August 2019, was again not allowed to offer Friday prayers at central Jamia Masjid Srinagar by the authorities.

In a statement, APHC said that after the authorities went back on their decision to release the Hurriyat chairman last Friday, and people at Jama Masjid protested against it , the restrictions on the Mirwaiz have been further tightened and even his personal staff is not allowed to go inside his premises.

Adding that on the other hand authorities in downtown Srinagar are conducting nocturnal raids and arresting young boys and booking them under PSA to create fear.

APHC said such moves are highly regrettable and authoritarian to say the least. Forced suppression is no guarantee of peace.

The pro-freedom group further said the authorities should release the Mirwaiz and all political prisoners and youth languishing in detention centers and jails and engage in constructive dialogue with all stakeholders for peaceful resolution of the Kashmir issue and peace in the subcontinent.

Union Home Minister Amit Shah’s Jammu and Kashmir visit on 1 and 2 October has been postponed and he...
Kashmir