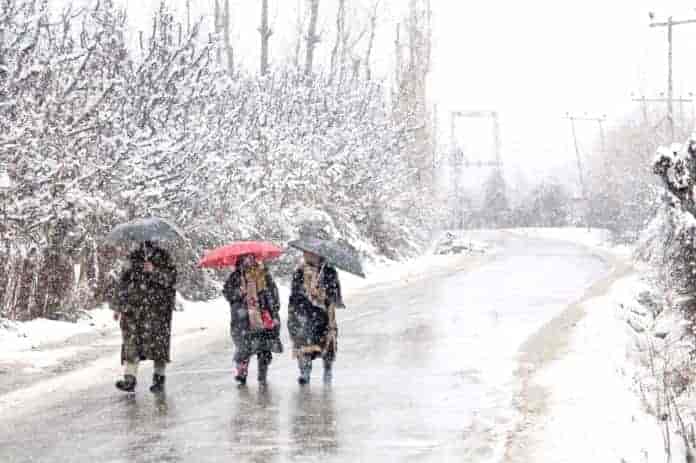 Officials said snowfall was recorded in high altitude areas of Jammu region including the famous hill resort of Patnitop in Udhampur district.

The weatherman had predicted a spell of fresh snowfall in Kashmir, upper reaches of Jammu and isolated places of Kargil district in the Union Territory of Ladakh for two days beginning Tuesday.

Katra, the base camp for pilgrims visiting Mata Vaishno Devi shrine in Reasi district, recorded a minimum of 6.2 degrees Celsius, the spokesman said.