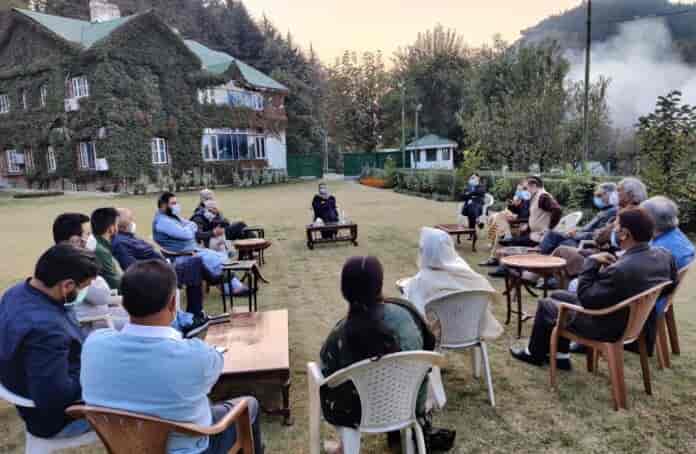 Srinagar : The Peoples Democratic Party (PDP) has reiterated its commitment to an uncompromising united response to the “illegal disempowerment of the people of Jammu and Kashmir perpetrated on 5 August 2019.”

The Party Spokesman and Media Advisor to the Party President Syed Suhail Bukhari in a statement issued here said that the Party’s top leadership, while endorsing the stance of the Party President on the 5 August events and a united response there to, has reiterated that these events that saw illegal and unconstitutional disempowerment being perpetrated on the people of J-K unilaterally, is not only unacceptable but would be fought against in unison by the people of J-K.

“The Party President Mehbooba Mufti chaired the meeting of the party’s top leadership here to discuss and deliberate upon the prevailing situation in Jammu and Kashmir. It was the first such meeting after her release from over 14 months long detention and was attended by top party office bearers and leaders. The leadership unanimously endorsed the stance taken by the party president on the issue of 5 August events as well as her commitment to a united response to these events,” Mr. Bukhari said.