“Matches are made in heaven”: Shahid Afridi opens up about daughter’s engagement 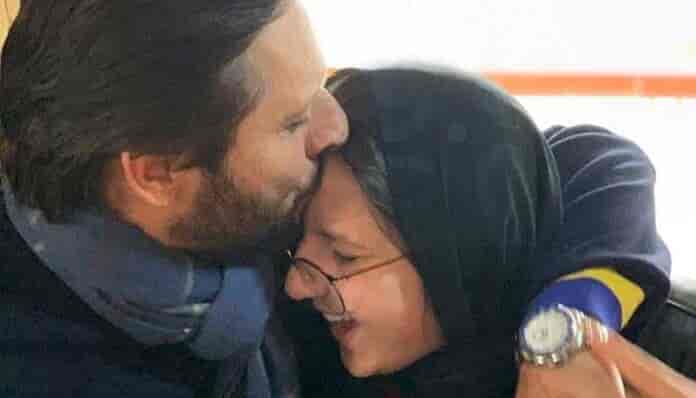 Putting all the speculations around the rumours involving Shaheen Afridi and his daughter’s engagement to rest, Shahid Afridi on Sunday said that both families are in touch and that his prayers are with the pace bowler.

Taking to his Twitter handle, the former Pakistan skipper said, “Shaheen’s family approached my family for my daughter. Both families are in touch, matches are made in heaven, if Allah wills this match will be made too. My prayers are with Shaheen for his continued success on and off the field.”

For the last few days, social media has been abuzz with the news of Pakistan’s young pace sensation Shaheen Afridi getting engaged to former Pakistan star all-rounder’s daughter.

While the rumours for the two’s engagement have been doing rounds for a long time now, it has been learned that the left-arm pacer and Shahid’s daughter Aqsa will indeed be engaged to each other.

According to several reports in Pakistan’s local media, Shaheen’s father Ayaz Khan had sent a proposal to Shahid Afridi’s family.

Previous articleThree schools in Budgam ordered to close after detection of covid-19 cases
Next articleDevelopment agenda of govt can be pushed through media: Dir Info