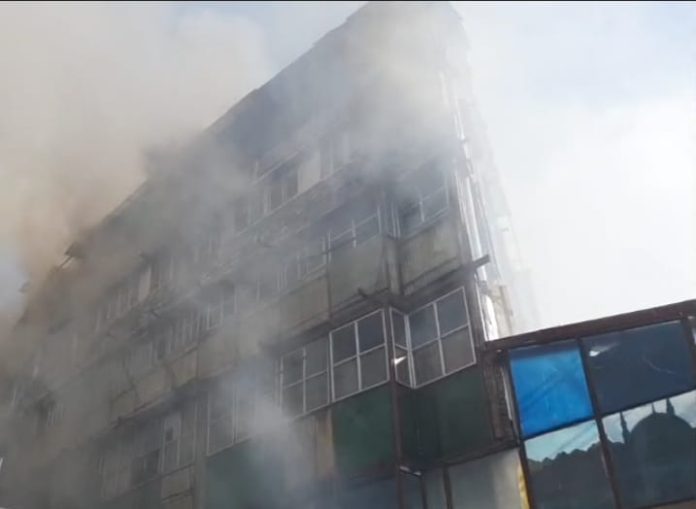 A massive fire has broken out in a hotel in central Kashmir’s Srinagar district.

A Fire and Emergency Department official told GNS that a fire has broken in hotel Qartuba located at Sanatnagar this morning.

So far it has been ascertained that the fire broke out from ground floor of the six storey structure and has already spread to three storeys, the official said.

Soon after receiving information, men and machinery was pressed into service to douse off the flames, the official said adding he is hopeful of containing the fire very soon. (GNS)