Man who had earlier tested negative, tests positive; over 17000 under surveillance in J-K 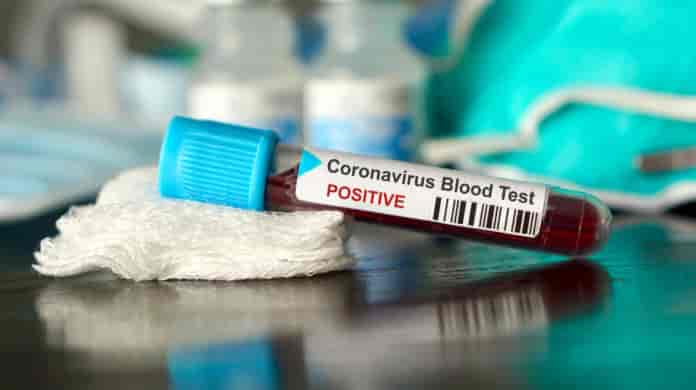 Srinagar: Kashmir reported three more coronavirus cases on Thursday, including an elderly from Sopore who was discharged after three days from a Srinagar hospital on 24 March as he tested negative for the dreaded disease.

A doctor told the 70-year-old had returned on 15 March from Saudi Arabia after performing Umrah.

Following an announcement by the administration that those who returned from abroad should report amid pandemic, the elderly turned up on 21 March at Sopore health facility where he was advised to visit GMC Baramulla from where he was shifted to CD hospital Srinagar, the doctor said.

“He was admitted for three days in CD hospital and after his test came out to be negative, he was discharged,” the doctor said.

The elderly, who puts along with his nephew, complained of uneasiness in breathing and developed other symptoms and visited the Sopore health facility again on 31 March the doctor said. The doctors at the Sopore health referred him to GMC Baramulla where his sample was taken afresh and sent to SKIMS Soura. “The report came out to be positive,” the doctor added. During his stay for almost a week between 24 and 31 March, the doctor said, “he has maintained isolation and nobody visited him.”

Regarding other two positive cases, sources said, one of them is a 20-year-old youth from Saderkote Balla in Bandipora who had come in contact of COVID-19 patient while other is a 53-year-old from Soibugh Budgam who had met his son-in-law who tested positive for the disease previously. All of them are admitted to SKIMS from where Kashmir’s first COVID-19 patient, a 67-year-old woman from Srinagar, has been discharged.

Talking to GNS, Nodal officer for coronavirus control at SKIMS, Dr G H Yatoo, said 6 more persons were admitted to the hospital and their samples have been taken and sent for the test.

HOD Chest disease Hospital Dr Naveed Nazir Shah told that the test reports of first COVID-19 have now come negative and all the other patients are responding well to the treatment. He said 48 samples were received at the hospital and 24 of them came out to be negative.

Meanwhile, five persons including father, wife, and servant of a COVID-19 doctor, tested positive for the disease in Jammu. With eight fresh cases, the number of COVID-19 patients in J-K has gone upto 70—53 in Kashmir and 17 in Jammu division.

The mother of the doctor, who works in the Microbiology Department in the Government Medical College Jammu, has tested negative. Two more persons who tested positive are contacts of COVID-19 patients from Udhampur district, they said.

Meanwhile, the Government also informed that 17677 travellers and persons in contact with suspected cases have been put under surveillance so far.

Persons who are under home surveillance stand at 4109 while as 2187 persons have completed their 28-day surveillance period.

It said that 1084 samples have been sent for testing of which 1010 tested as negative and four test reports are awaited as on 1500 hours. (GNS)