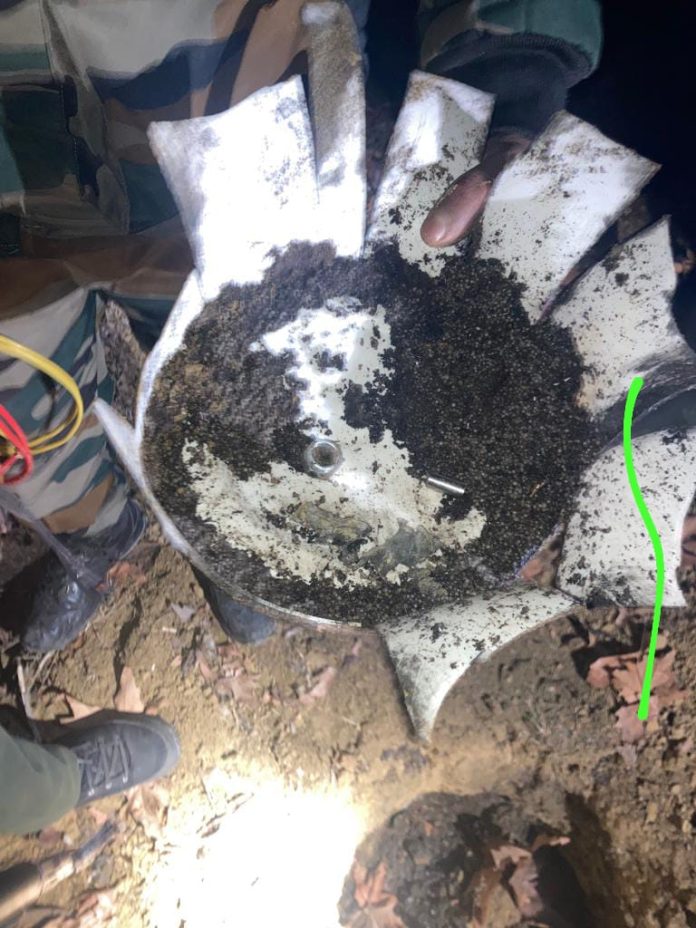 Police on Thrusday said that they averted a major tragedy by recovering and destroying an IED weighing 5kg in South Kashmir’s Pulwama district.

In a statement to GNS, the police said that acting on a specific intellegence that militants have planted an IED on Newa Sringar road in wanpora.

The statement further stated that a search operation was launched jointly by Pulwama police, 50RR of army and 183 bn CRPF. During search on an IED was found planted at roadside.The IED weighed approximately 5 kgs and was assembled in a container, they said.

Bomb disposal team of police and army destroyed the IED on spot through controlled detonation, they said.

In this regard case has been registered and investigation taken up. Few suspects have been picked up for questioning. With the timely action a major tragedy has been averted, reads the statement.(GNS)