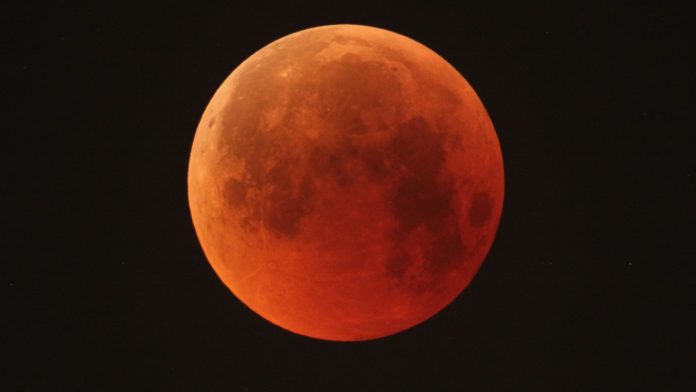 The first Lunar Eclipse of 2022 is set to take place between the late evening of May 15th and the early morning of May 16th, reported Financial Express.

For those, a lunar eclipse occurs when the Earth comes between the Sun and the Moon, and its shadow covers the Moon.

Basically, the Sun, Earth, and Moon align to form a line, and that is what causes a total lunar eclipse.

During a total lunar eclipse, the entire Moon basically falls within the darkest part of Earth’s shadow which is called the ‘umbra’, according to NASA’s website.

When the Moon is within the ‘umbra’, its colour changes to a reddish hue, hence the term, ‘Blood Moon’. The colour appears to change because of Rayleigh Scattering, a scientific phenomenon that also makes the sky appear blue.

When the Lunar Eclipse takes place, the sunlight reaching the Moon passes through Earth’s atmosphere.

The more dust or clouds appear in Earth’s atmosphere during the eclipse, the redder the Moon appears.

The visibility of this year’s first total lunar eclipse will totally depend on the time zone you are in. It will be visible from South America and Eastern Parts of North America.

According to NASA, the moon will enter the outer part of the Earth’s shadow at 9:32 pm EST on May 15th.

NASA will feature live streams of the eclipse from locations across the United States.

Unfortunately, the eclipse will not be visible in India this time. However, the country will be able to see the partial solar eclipse and partial lunar eclipse that will occur sometime later this year.