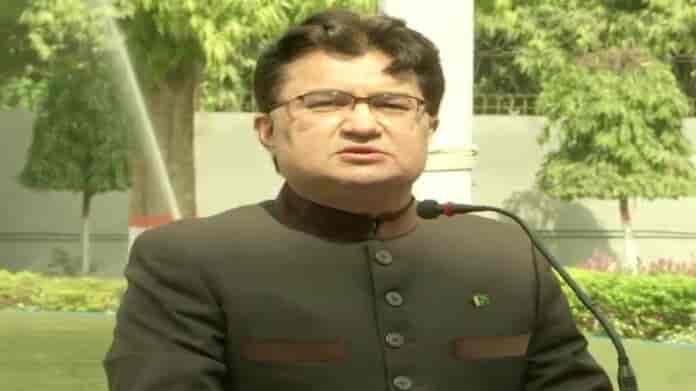 Pakistan High Commission charge d’affaires Aftab Hasan Khan said that the country wants “good relations” with its neighbours and it is important that New Delhi and Islamabad work towards eliminating poverty and illiteracy.

“Pakistan wants to have good relations with its neighbours. It’s important that instead of war we work towards eliminating poverty and illiteracy,” Khan was quoted as saying by ANI during an event on the occasion of Pakistan Day.

” It would only be possible if there is peace. For peace to prevail, issues must be resolved through dialogue,” he added.

The envoy’s remarks hold significance as External Affairs Minister S. Jaishankar and his Pakistani counterpart Shah Mahmood Qureshi will be attending the ‘Heart of Asia’ conference in Tajikistan capital Dushanbe later this month.

The meeting is being held after a gap of more than two-and-a-half years. A delegation from Pakistan reached New Delhi on Monday to hold talks with India under the 1960 Indus Water Treaty (IWT).

India and Pakistan and other members of the Shanghai Cooperation Organisation (SCO) will also hold a joint anti-militancy exercise this year.

In February, Indian and Pakistani armies announced that they had begun to strictly adhere to ceasefire along the Line of Control (LoC) in Jammu and Kashmir.

Moreover, in recent weeks, Pakistani leadership and the army have been urging for the normalisation of relations between the two countries.

Pakistan army chief General Qamar Javed Bajwa earlier said that a stable relationship between India and Pakistan is key to unlocking the potential of South and Central Asia by ensuring connectivity between East and West Asia.