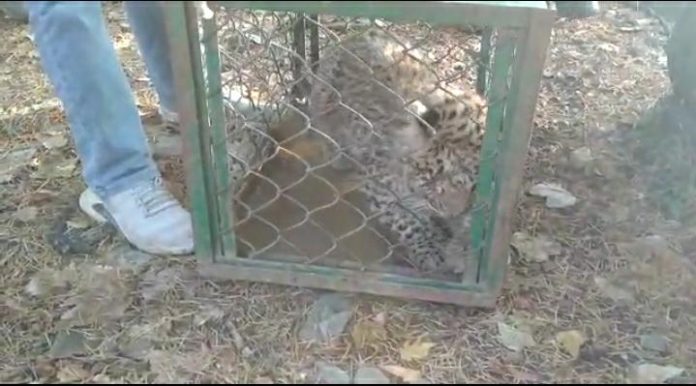 Anantnag: A leopard and a bear were captured by Wildlife Department in South Kashmir’s Anantnag district on Monday.

Reports reaching GNS said that the leopard was spotted by locals in Telwani orchards. The Wildlife Department authorities were informed following which a rescue operation was launched by Control Room Achabal.

After several hours of efforts, the Wildlife Department team was successful in rescuing the leopard.

Similarly a black bear was captured by the Department team in Hallan Verinag area of the district. (GNS)