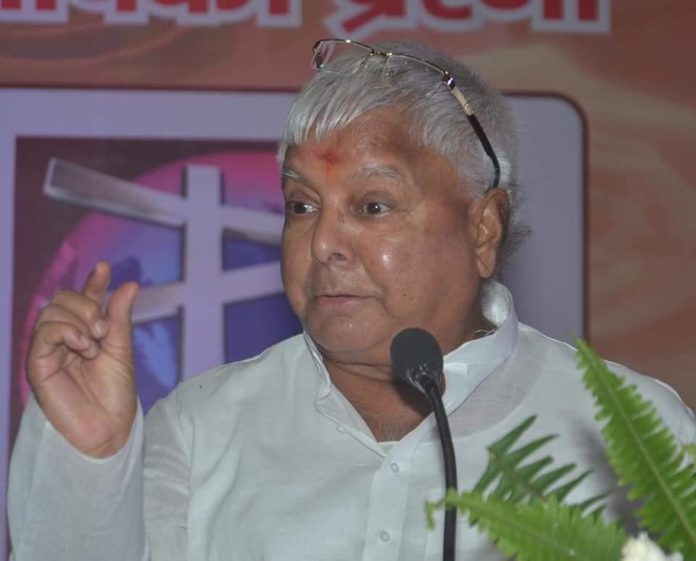 Lalu Yadav – who has now been convicted in all five fodder scam cases in which he was named as a conspirator – was present in the courtroom Tuesday morning as Judge CK Shashi read out verdict.

98 other accused were also physically present, of whom 24 were acquitted.

Of the rest, 35 were sentenced to three years in jail, including former MP Jagdish Sharma and then Public Accounts Committee (PAC) Chairman Dhruv Bhagat. This qualifies them to move for bail.

Sentencing for Lalu Yadav and the 39 others found guilty will take place on February 21.

“We have given an application seeking instruction to shift him (Lalu Yadav) to RIMS (Rajendra Institute of Medical Sciences in Ranchi) on grounds of poor health. Court will hear application at 2 pm,” the RJD chief’s lawyer, Prabhat Kumar, was quoted by news agency ANI.

For his conviction in the Dumka case he was also handed a fine of Rs. 60 lakh.

He has challenged all four previous convictions and will likely challenge this too.

All cases relate to the swindling of government funds meant for cattle fodder.