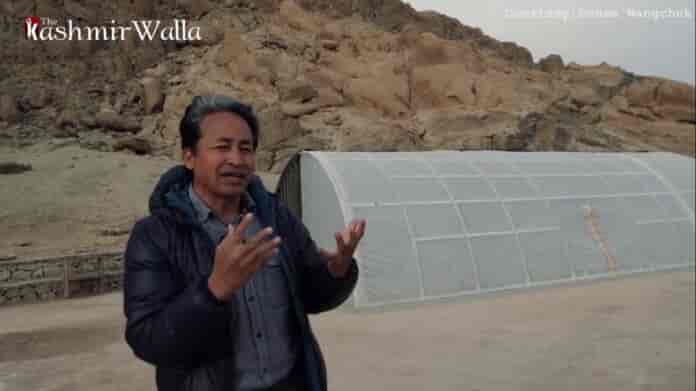 Famed innovator and award-winning educationist Sonam Wangchuk has now come up with a low-cost heated tent for the Indian Army to house its troops on the frontlines of Ladakh, where temperatures dip to minus 40 degrees during the winters.

Wangchuk, an engineer by profession, had made the announcement on social media. He tweeted that the latest innovation — solar heated military tents — were designed for the Indian Army to insulate against the freezing weather of the Galwan Valley.

The solution to the housing problem comes at a time when armies of India and China are currently disengaging from the frontlines in the Galwan Valley, after a standoff began last year. At least twenty Indian and four Chinese troops have died since May last year.

After receiving several enquiries about the tent, Wangchuk uploaded a video on YouTube displaying a prototype of the tent developed at the Himalayan Institute of Alternatives, Ladakh (HIAL), described as an alternative university encouraging researching and addressing the problems faced by inhabitants of the mountainous regions.

“Fire incidents have happened in which troopers died burning and many troopers die of cold in both India and China,” Wangchuk said in the video. “We thought when our troopers are in such difficulty then why not make a solar heater shelter for them?”

Each eco-friendly tent, Wangchuk said, is designed to house upto ten personnel at a pleasant temperature even under sub-zero weather conditions.

The famed innovator’s life was depicted in the character of Phunsuk Wangdu, played by prominent Bollywood actor Amir Khan in the 2009 film, 3 idiots. Wangchuk had won the award of Ramon Magsaysay Award in 2018.