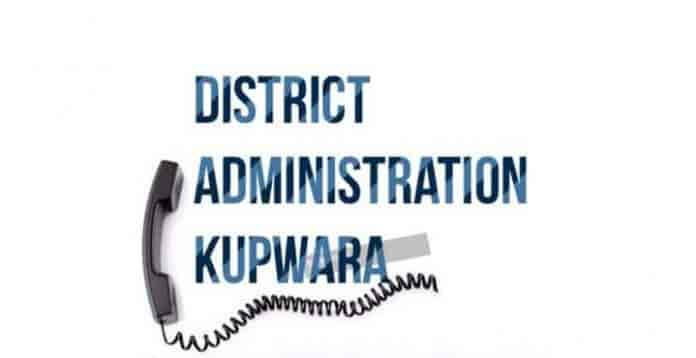 Citing peddling of fake and baseless news through social media platforms, the administration in Kupwara has banned operation of “unauthorised and unregistered media persons.”

According to an order by District Development Commissioner (DDC) Kupwara addressed to Senior Superintendent of Police Kupwara, media persons are refrained from any media coverage until they complete registration or obtain approval from the concerned regulatory authority.

The order has come at a time when there is no such policy that allows media persons to register themselves with any regulatory authority other than registered newspapers.

Pertinent to mention that the Ministry however does not restrict the operation of the online news portals and websites.

DDC Kupwara Imam din has written a letter to SSP Kupwara asking the latter to curb and regulate the use of social media by such media persons.

The letter reads, “it has been noticed that there are a number of unauthorized,unregistered media persons who are involved in misuse of the social media platforms by way of circulating fake and baseless news items for their own interests.”

The SSP was asked to ensure that media persons without registration and authority are refrained from any kind of media coverage.

“It is requested that all unauthorized,unregistered media persons be refrained from any media coverage until they complete their registration or obtain approval from the concerned regulatory authority,” the letter reads.

The Kashmir Walla tried to reach District Development Commissioner Imam Din for the comments but he did not respond to repeated phone calls.

On Tuesday, on the directions of DDC Kupwara the District Information Office (DIO) Kupwara served a 12 column format asking the media persons working in the district to share personal and professional details.

The details include name, parentage, address, contact number, qualification, media organisation one is working for with the registration details of the organisation.

The DIO has also sought details on whether the person has a Mass Communication and Journalism degree, details of the salary of the last 3 months, number of the Identity Card issued by the organisation they are working with. The media persons have also been asked to share details of the social media accounts they are using and whether they are accredited or not.

Previous articleHuge amount of Indian currency recovered from narco smuggler in J-K: Officials
Next article‘Time has come to find a solution to Kashmir problem’: Pakistan