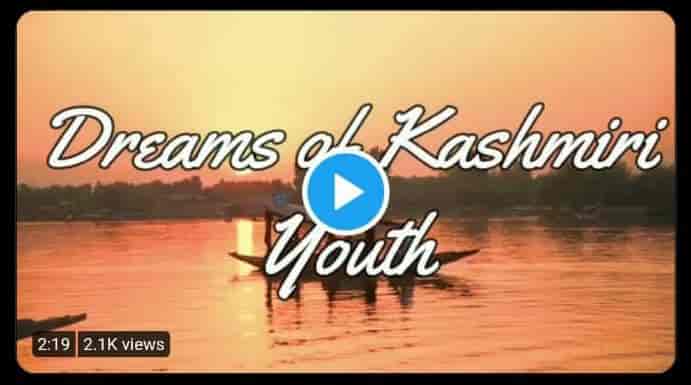 A Kashmir-based cinematographer has claimed copyright infringement by the Indian army after its Chinar Corps published a video showing young Kashmiris speak about their dreams.

Chinar Corps published a video titled “Kashmir is READY to leap forward!”, which features young Kashmiris speaking about their dream future. The army’s official handles on Twitter and Facebook — followed by nearly 194 K users — posted the video on Thursday afternoon.

However, Faisal Bhat, a freelance cinematographer, told The Kashmir Walla that he had shot this video for MenXP two years ago. “Yesterday, I got texts from some people that my video has been plagiarised and rebranded as their own content [by the army],” he said. “They have taken a lot of my shots and changed the storyline. It has been given a particular color to suit a particular narrative.”

The MenXP video (you can see it here), which was published on YouTube on 26 November 2018 titled “Kashmir Is Proof That Dreams Are The Same Everywhere,” has been viewed more than 4,900 times.

The Kashmir Walla reached out to the army spokesperson for comments. This story will be updated as and when he replies.

Bhat further alleged that since the army published the video on its social media platforms, at least two of the people featured in the video have reached out to him. “I had earlier [in 2018] taken these people in confidence that this will be used for non-political purposes,” Bhat told The Kashmir Walla. “That’s how they agreed to speak on camera.”

Bhat had to defend his original work and assure the duo that he is working to resolve the issue. “Without proper context to the video, it definitely jeopardizes people’s lives,” he said.

He also replied to the army’s tweet: “[It’s] really unethical to use copyrighted content and rebrand it as your own. I shot most of the video for MensXP 2 years back and it should be embarrasing (sic) for you to steal and post. Please don’t make us part of any narrative.”

Bhat said that he has flagged the video to Twitter help and hopes the social media platform will take appropriate action. “I have spoken with MenXP too. If Twitter doesn’t take down the video, we will go through official channels,” he added.