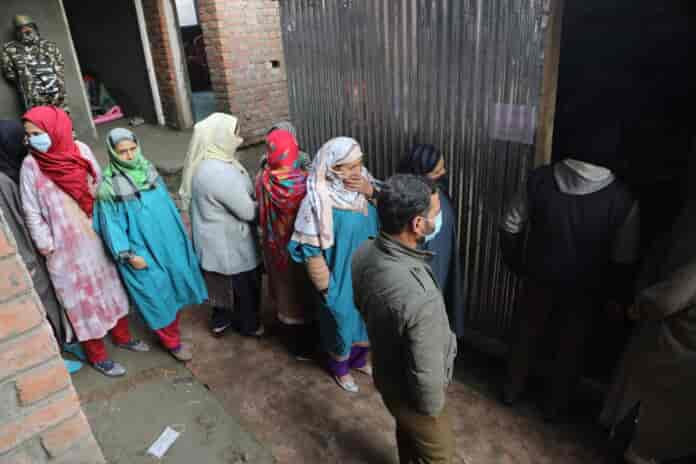 The State Election Commissioner (SEC), K K Sharma said that “the people have once again reaffirmed their faith in democratic system by actively participating in the process underway to strengthen the same.”

The Kashmir Division recorded 31.55% average voter turnout with Ganderbal district recording the highest polling at 58.45% followed by Kupwara District at 51.08% and Bandipora with around 47.66% polling, he added.

In a statement, he added: “Polling has been peaceful in the poll going 31 constituencies of DDC including 14 in Kashmir division and 17 in Jammu division that witnessed 51.51 per cent of polling.”

SEC further informed that Jammu division recorded an average voter turnout of 68.56% with Poonch District recording the highest percentage of 76.78% followed by Rajouri district with 74.03% and 74.02% voting recorded in Reasi district. The lowest turnout in Jammu division was in Kathua district which recorded 60.95%.

He further said that 385606 (207223 male and 178383 female votes) people exercised their right to franchise for the sixth phase across the Jammu and Kashmir Union Territory. (KNO)