Kashmir pins hope from the US President-elect, again 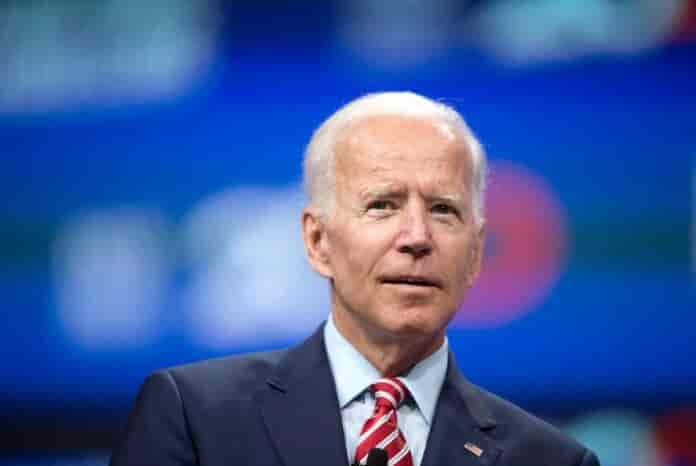 A group of young men sitting at a tea shop in Lal Chowk, the business center of Srinagar shared a video with each other, on their phones. It was a video of the United States of America’s president-elect Joe Biden quoting a hadith (saying) of the Prophet Mohammad.

They were ecstatic. The group watched the same video again and again. One of them got up and announced that he will be paying for everyone’s tea. What could have been a political gimmick suited for the American-Muslim voters has struck a chord with many in Kashmir — who do not vote even in their own local elections.

Soon after Mr. Biden, the Democratic Party nominee as the 46th President of the United States, was declared the winner, people in Kashmir pinned their hopes, again, on the new US president-elect.

Octogenarian Mehraj-ud-din Khan sipped on his morning tea as he scrolled through various news alerts on his phone. “I never quite liked smartphones, it is way too much to handle for me,” he said in a mocking way as he puts his phone down to focus on his tea.

“It [US elections] is always going to be the same,” said Mr. Khan. “It’s either one man driving the car or the other, the vehicle remains the same. Nothing has changed for us in Kashmir. We are barely a speck of dust in the grand scheme of things.”

Mr. Khan has witnessed — through news on radio and television before the smartphone — many changes of guard taking place in the US–he knows the names of US presidents since John F. Kennedy, not chronologically though. Mr. Kennedy was assassinated in 1963, Mr. Khan remembers coincided with the year he had gotten married.

He, however, is unable to name the past five local legislators in his own area.

The recent years have been different for politics, as social media has penetrated deep into society and information being increasingly free and accessible to everyone. In the US, this election saw the highest number of voter turnout in the country’s history. It was also keenly observed in Kashmir. Mr. Biden has attempted to reach out to the Muslim community (in the US).

Likewise, in Kashmir the talk of the town has been the US elections and what significance they hold for Kashmir. In a policy paper addressing Muslim-Americans, Mr. Biden had brought up the Kashmir issue back in June, this year.

“In Kashmir, the Indian government should take all necessary steps to restore rights for all the people of Kashmir.  Restrictions on dissent, such as preventing peaceful protests or shutting or slowing down the Internet, weaken democracy. Joe Biden has been disappointed by the measures that the government if India has taken…” reads the paper which can be found on Joe Biden’s campaign website.

On the issue of the controversial National Register of Citizens (NRC) and the Citizenship (Amendment) Act which were implemented by New Delhi, Mr. Biden observed that these measures are inconsistent with India’s tradition of secularism and ethnic diversity.

Mr. Biden has been a strong voice against the oppression of Muslims around the world. He has spoken about the detention of over a million Uyghur Muslims in western China as well as the systemic violence against the Rohingya Muslim minority by the Myanmar government.

India enjoys bipartisan support from the US and the issues used as election planks to score points with the American-Muslims might not have a long shelf life. Kashmiris are aware that they are not a major issue of American interest but view Muslim issues to be their own.

As a senator in 2008, Mr. Biden was conferred with Hilal-e-Pakistan, the highest civilian honor, in recognition of his consistent support of Pakistan. Pakistan’s then Prime Minister, Mr. Yusuf Raza Gilani stated that Biden “played a very effective role as chairman of the US foreign relations committee in restoring democracy in Pakistan.”

It’s not easy to sway everyone though.

Irshad Ahmed, a businessman by profession, is skeptical of this public display of sympathy with the Muslims. “In 2009 when [President Barack] Obama gave his speech at Cairo University [in Egypt], he had us right there at – assalamualaikum, but then what happened? Muslims’ plight became worse than it was ever before.” He further added: “Same as always nothing will change. You see, the same will happen this time.”

Mr. Irshad is of the opinion that the public should focus on its roots, strengthen indigenous politics rather than hope for a saviour draped in the Star-Spangled Banner. “No one will change our plight, only we can do it,” said Mr. Irshad. “Joe Biden isn’t god sent. At least Trump’s Islamophobia was in your face and out there. It will continue to be as such but now it will be more covert.”

Previous articleTen civilians stuck due to heavy snowfall at Sinthan pass rescued
Next article“Those who can feel the pain”: Beyond advocacy, the APDP is also a support system