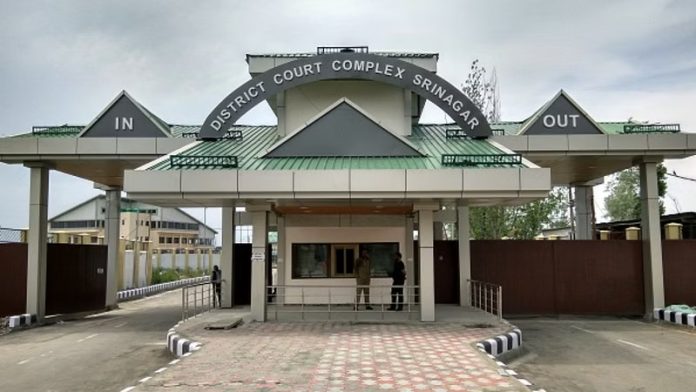 After hearing prosecution and defence counsels advocate Aamir Masoodi and Senior Criminal Lawyer NA Ronga, the Court of Special Additional and Sessions Judge TADA/POTA Srinagar Manjeet Singh Manhas said that accused are admitted to interim bail on furnishing bail bonds with two sureties in the tune of rupees to two lakh each.

The persons who were granted bail are Tabish Akbar Rehmani and Peerzada Rakib Makdoomi.

“I have heard both the sides as well as perused the challan from which it reveals that the trial of the case has commenced and substantial witnesses have been recorded and the statements of majority of the of prosecution witness have been admitted by other side,” the court said, as per the report.

It observed that purpose granting bail is not to exonerate the accused persons from the charge but to tie down the accused strictly to face the fair trial, so that accused cannot flee from the justice.

“If the court is satisfied in the said given circumstances that the accused are ready to abide by the terms and conditions imposed by the court and the trial can still run in a fair manner i.e. if the trail is possible, the grant of bail can be considered keeping in view the rights and duties of both the sides,” it added.

“I am of the opinion that the accused has sufficiently made out a case for admitting him on bail and he has been able to overcome the embargo laid down in 61 Section 43-D (5) of U(P) Act in grant of bail.”

Court added that keeping in view the rule of natural justice, fair play and keeping in view the age, educational qualification, and antecedents of the accused into consideration and also the record available on the file does not transpire that there accused are habitual offenders or threat to the society at large.

“Rather they deserve fair chance to make their future and prove themselves to be law abiding and good citizens in the future,” it said.

“Accused (Tabish Akbar Rehmani and Peerzada Rakib Makdoomi) are admitted to interim bail till 17 December 2022. In the meantime the bail application with respect to accused Mohammad Akbar Sofi is deferred for time being,” the court said.

The conditions imposed by Court also added that the accused shall not leave the state without seeking prior permission of the court and will not change their residences during that period. The bail was granted to the accused persons in the FIR number 82/2020 under sections 13,16,18,20 ULAP Act at Police Station Kothibagh.

On 7 July 2021, the Jammu and Kashmir Police had claimed to have arrested five persons running an online blog site which ran smear campaigns against prominent personalities in Kashmir. (ANN)

Previous articlePolice conduct raids in case of killing of Rajni Bala, others
Next articleNIA files chargesheet against 5 in Srinagar arms recovery case