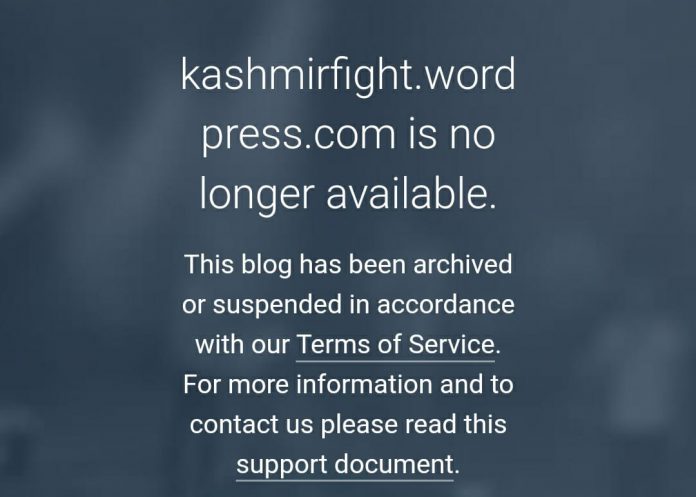 The WordPress has taken down the ‘kashmirfight.wordpress.com’ blog, which is known for publishing controversial material against prominent Kashmiri figures, reported Times Now.

As per the report, the campaign to get the blog stopped has been ongoing since 2018, and the Jammu and Kashmir Police had submitted many letters to WordPress requesting that it be removed. It also supplied evidence indicating it was being used to target people in the Valley.

The CID wing, as per TN, of the Jammu and Kashmir Police played a vital role in gathering the information which established the connection between the blog and killings of prominent Kashmiris.