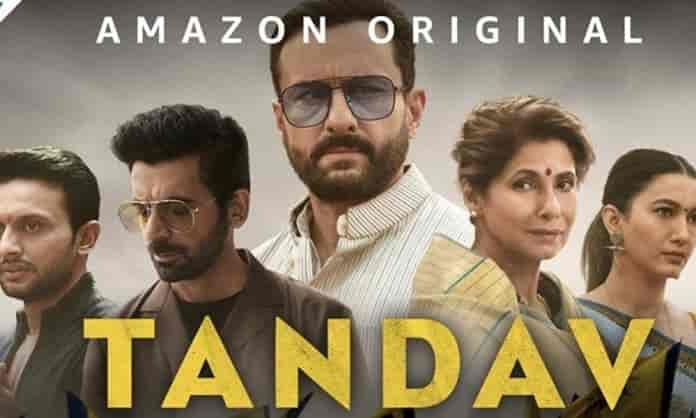 There seems to be no respite in sight for the makers of of web series ‘Tandav’. Controversy continues to haunt the show makers as Karni Sena, has threatened the makers with a violent move.

Karni Sena, known as Shri Rajput Karni Sena (SRKS), is a organisation based in Rajasthan, India. It got its name from Karni Mata, who is believed to be incarnation of Durga by her followers

According to Times Now, Karni Sena has announced an award to the person who will chop the tongue of the makers of web series ‘Tandav’, as they protest against it for hurting religious sentiments.

Ever since the political drama aired online, it has been facing massive controversy. FIR has also been lodged against the makers, for allegedly hurting religious sentiments. The show is directed Ali Abbas Zafar and written by Gaurav Solanki. ‘Tandav’ features an ensemble cast – Saif Ali Khan, Dimple Kapadia, Mohammed Zeeshan Ayyub, Sunil Grover, Tigmanshu Dhulia, Gauahar Khan and Kumud Mishra among others.

Previously, the team of ‘Tandav’ had issued an apology and shared, ” ‘Tandav’ is a work of fiction and any resemblance to acts and persons and events is purely coincidental. The cast and crew did not have any intention to offend the sentiments of any individual, caste, community, race, religion or religious beliefs or insult or outrage any institution, political party or person, living or dead. The cast and crew of ‘Tandav’ take cognizance of the concerns expressed by the people and unconditionally apologize if it has unintentionally hurt anybody’s sentiments.”