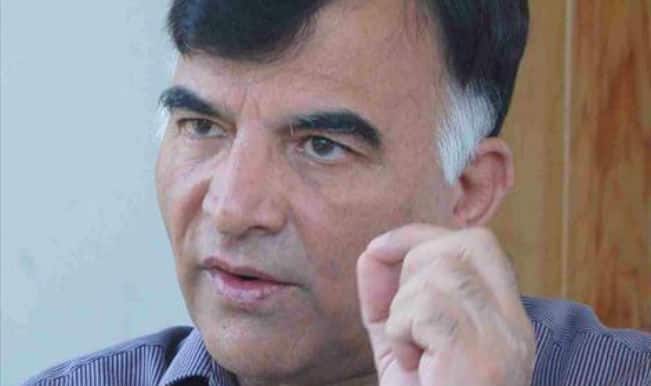 Addressing a press conference at party office Srinagar, Beg while stating that Kashmiri lives too matter said that in the entire world there has been a trend to save the black lives with a slogan “Black lives matter”.

He said that for heaven’s sake, as the entire world supports and comes in favor of black Americans, do the same for Kashmiris as well. “People of Kashmir are suffering. They are in pain. Everyday somebody gets killed. We are also humans. Our lives should also be considered valuable.”

He said that now what will be inquired through a judicial inquiry. “In a place where armed forces special powers act (AFSPA) is prevailing, even a judicial inquiry won’t work. For the last 30 years we have seen such inquiries but still the situation is same. This is my appeal to PM Modi to gain the trust of the people. The people of the valley and families of the deceased civilians should be taken into confidence with a promise that no such injustice would ever be repeated in Kashmir,” he said.

Beg said that withdrawing of three farm laws was a welcome step and has proved that democracy is still present in India. “It was the victory of democracy. This decision was a victory for farmers. It is evident from this decision that only the voice of the people can help in rolling back the democratic values and decisions. Like these farm laws, the decisions taken on August 05, 2019 should also be revoked.”

He appealed to the PM to revoke the decision of August 05,2019 and repeal Reorganization Act and other laws which scrapped the special status of Jammu and Kashmir and downgraded the state to two Union Territories.

Beg asked the PM to restore the special status of Jammu and Kashmir so as to lessen the alienation, which has widened due to the current scenario in Kashmir.

He said that he feels happy as the entire Kashmir unequivocally stood up and felt the pain of Hyderpora encounter, in which three innocent civilians lost their lives. “For the first time all the political parties and people unitedly raised a voice against the unending injustice happening in Kashmir. I appeal to the Prime Minister that it is a golden opportunity for them to win the hearts of people of Kashmir. On humanitarian grounds the body of the third civilian should also be returned to his family,” he said.

He said that the one-year-old daughter had to perform two burials of her father. “Now the time has changed for Kashmir in which the people of Kashmir are appealing to the authorities to return the bodies of their loved ones. Even bodies are not spared now,” he said. (KNS)