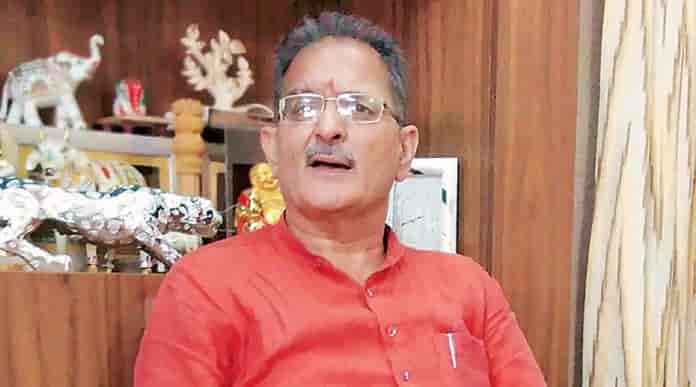 Former Deputy Chief Minister of Jammu and Kashmir and senior Bharatiya Janata Party (BJP) leader Kavinder Gupta, who described the transfer of state land under the controversial Roshni Act (now annulled) to private individuals as “land jihad” in the run-up to the District Development Council (DDC) elections last November, was himself an illegal occupant of state land from 2010 till the beginning of 2017, The Indian Express reported today.

According to information obtained by the newspaper from the Bhalwal Tehsildar under an RTI application filed by Advocate Sheikh Shakeel, Kavinder Gupta along with two others — Subash Sharma and Shiv Rattan Gupta — jointly occupied Khasra No. 1789 measuring 23 kanaal, 9 marla (8 kanaal = 1 acre or 4,047 sq m, 1 marla = 270 sq ft) at village Ghaink in Bhalwal tehsil in Jammu district between 2010 and 2016. Khasra number is a plot number given to a piece of land by the revenue department.

Sharma is an independent councillor and represents Indra Colony, Janipur, in the Jammu Municipal Corporation. Shiv Rattan Gupta is a resident of Indra Colony.

Both Kavinder Gupta and Sharma denied having occupied government land in Ghaink village. “I swear by my parents that I don’t know as to how and when revenue officials entered a girdawari pertaining to 23 kanals and 9 marla state land at Ghaink in my name, and how and when it was cancelled,’’ the newspaper quoted Gupta as saying.

In 2010, when the khasra girdawari (revenue department document that specifies land and crop details) was entered in their names, J&K had a National Conference-Congress coalition government and Kavinder Gupta was the Mayor of the Jammu Municipal Corporation. This was, however, cancelled on February 9, 2017, by the Bhalwal Tehsildar following a 2011 order of the J&K High Court which directed the government to cancel all mutations and girdawaris of state lands in favour of private individuals.

Ahead of the DDC polls in November 2020, the J&K government had published lists of persons, including politicians of Opposition parties and retired bureaucrats, who had occupied state land, or had ownership transferred to them under the Jammu and Kashmir State Land (Vesting of Ownership to the Occupants) Act, 2001, also called the Roshni Act.

The J&K State Land (Vesting of Ownership to Occupants) Act was legislated by the National Conference government led by Farooq Abdullah in 2001. It proposed to transfer ownership of state land to its illegal occupants by charging them market rates, and hoped to raise Rs 25,000 crore for setting up hydel power projects in Jammu and Kashmir (hence the name Roshni).

In 2014, under Satya Pal Malik as J&K Governor, the Roshni Act was repealed and all pending applications seeking transfer of ownership of state land to its occupants were cancelled. In October 2020, the J&K High Court set aside the Act “ab initio” cancelling all actions taken under its provision since inception and ordered a CBI probe.