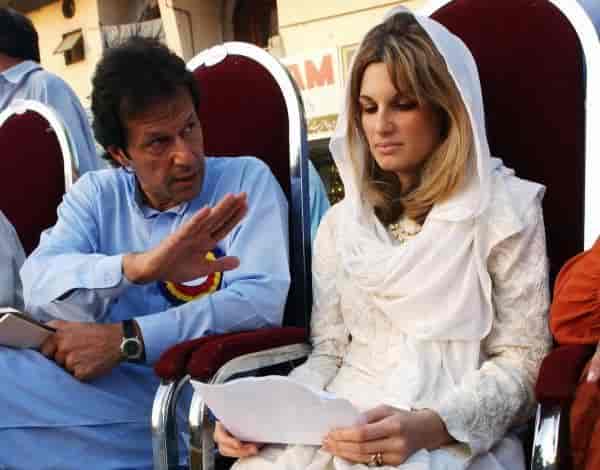 Pakistan Prime Minister Imran Khan’s former wife Jemima Goldsmith has criticised Khan for his comments on rape and has cited verses from the Holy Quran to school him.

The Pak premier has sparked outcry by blaming women’s dress for a rise in rape cases in his country. Goldsmith who is a British screenwriter, television, film and documentary producer is the latest to counter Khan.

The former Pakistan cricketer made the remark during a question and answer session with the public on Sunday, when a caller asked what the government is doing about rising in sexual violence particularly against children.

Earlier, Khan hit out at what he called ‘vulgarity’ in societies around the world – singling out India’s Bollywood and the ‘sex, drugs and rock and roll’ culture of England in the 70s as examples – saying that is to blame for moral decline which leads to sex attacks.

He then praised the Islamic concept of purdah – or modesty – as an antidote to that decline, saying it is important to ‘keep temptation in check’.

‘World history tells when you increase fahashi (vulgarity) in society, two things happen: sex crimes increase and the family system breaks down,’ he was quoted as saying by Daily Mail.

On Wednesday, Goldsmith responded to her former husband by sharing a verse from chapter 24 of the Holy Quran, adding that the onus was on men, ““Say to the believing men that they restrain their eyes and guard their private parts.” Quran 24:31. The onus is on men.”

In another tweet she hoped that Khan had been misquoted, “I’m hoping this is a misquote/ mistranslation. The Imran I knew used to say, “Put a veil on the man’s eyes not on the woman.”

Previous articleCovid second wave could be deadlier than first one: Doctors body
Next articleSSPs to take legal action if journalists come close to gunfight sites: IGP

A policeman was killed while his daughter was injured in a militant attack at Aanchar Soura area of Srinagar...
Kashmir