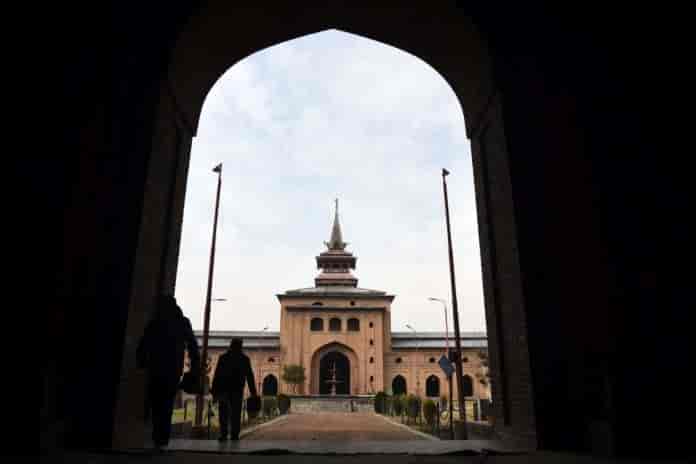 In a statement, Anjuman Auqaf said that State Authorities today, once again for the 25th consecutive Friday, did not allow Muslims to perform mandatory Friday prayers at Jama Masjid Srinagar, the largest place of worship in Kashmir and the great centre of da’wah and preaching. By doing so, the administration continues to hurt the religious sentiments of Muslims and deny them their fundamental right to practice religion which is reprehensible, Anjuman Auqaf Jama Masjid Srinagar said in a statement.

The statement said that the Anjuman-e-Awqaf had taken all SOPs and precautionary measures in view of the growing Pandemic yet prayers were disallowed.

The Anjuman also termed it extremely painful and distressing that its head Mirwaiz Umar Farooq, who is also the topmost religious leader of the people, has been kept under constant surveillance and house arrest since August 5, 2019, incapacitating him from reaching out to people.

Anjuman once again asks the authorities to open Jama Masjid for Friday prayers and ensure the release of Mirwaiz-e-Kashmir. (KNT)