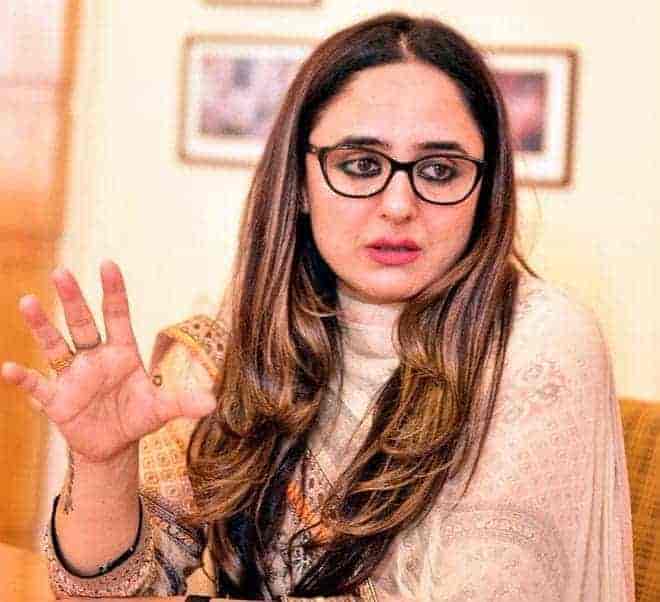 Advocate Deepika Singh Rajawat has been booked by Jammu and Kashmir police for ‘hurting’ the religious sentiments of a community.

News gathering agency IANS quoting unnamed officials from police reported that Deepika Singh Rajawat has been booked under sections 295A and 505 (b) (2) of the IPC for creating enmity and hatred between different classes of people.

The Jammu based advocate had on last Tuesday tweeted a cartoon which was objected to by members of the Hindu community who alleged that Mrs.Rajawat had made the social media post to stoke communal passions.

Last week, Mrs. Rajawat had sought police help to disperse a small mob of slogan shouting protesters who had gathered outside her house after she made the social media comment.

Police sources said action would be taken after the cyber cell reports on the origin of the tweet and other technical details.

The woman advocate had come into limelight in January 2018 when she represented the family of the 8-year old tribal Bakarwal (Goatherd) girl who was raped and later murdered in the Rasana village in Jammu’s Kathua district.

The case was tried in the district and sessions court in neighbouring Pathankot town of Punjab.

All the accused were subsequently sentenced by the trial court in this heinous crime that shook J-K.

Two of the then BJP Ministers had joined rallies in support of the accused. Both the ministers were later dropped from the then PDP-BJP coalition government headed by Mehbooba Mufti for their support to the accused.