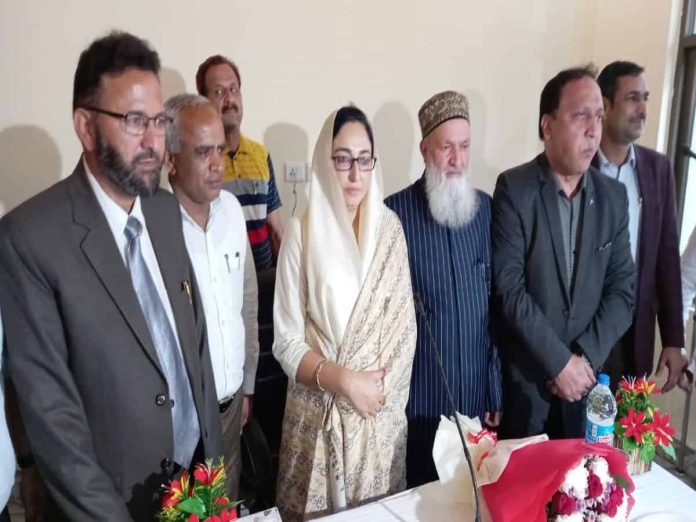 In a significant move, the Jammu and Kashmir Government has appointed a Commissioner Survey Auqaf for carrying out a detailed survey of Waqf properties in the Union Territory.

The Revenue department has appointed Commissioner Survey & Land Records, J-K as Commissioner Survey Auqaf, J-K for a survey of Auqaf properties in the Union Territory, as mandated under the Waqf Act, 1995 which became applicable to Jammu and Kashmir from October 31, 2019.

The Waqf law mandates State and UT Governments to appoint a Survey Commissioner Auqaf for carrying out a survey of Waqf properties.

As per Waqf Act-1995, the Survey Commissioner Auqaf shall submit his report to the Government in respect of the number of Auqaf in the State showing the Shia and Sunni Auqaf separately and the nature and object of each Waqf.

The Commissioner Survey Auqaf shall also submit details about the amount of land revenue, cesses, rates and taxes payable in respect of each Waqf.

The Survey Commissioner shall, while making any inquiry, have the same powers as are vested in a civil court under the Code of Civil Procedure, 1908 in respect of the summoning and examining any witness; requiring the discovery and production of any document; requisitioning any public record from any court or office; issuing commissions for the examination of any witness or accounts.

Upon receipt of the report from the Survey Commissioner, the UT Government would forward a copy of the same to the Waqf Board. The Board would examine the report and send it back to the Government within six months for publication in the official gazette.(KNO)