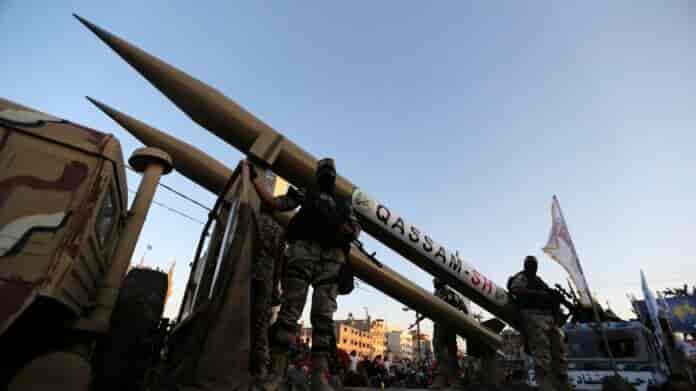 The Israeli army has said that the country has faced the highest ever rate of rocket attacks on its territory during its latest confrontation with the Palestinian resistance group.

Since Monday, armed groups in Gaza have fired about 3,000 rockets towards Israel, surpassing the pace during an escalation in 2019 and during the 2006 war with Lebanon’s Hezbollah, Major General Ori Gordin was quoted as saying by Agence France Presse.

Gordin, commander of Israel’s home front, presented a graphic to reporters with data of rockets fired toward Israel in past years and now.

During an escalation in November 2019 between the army and the Islamic Jihad group, 570 rockets were fired from Gaza towards Israel over three days.

And in the 2006 war with the Iran-backed Hezbollah, a total of 4,500 rockets were fired at Israel over 19 days, according to the data Gordin shared with reporters.

Asked if the pace since Monday was the highest ever rate of rocket attacks on Israeli territory, Gordin said: “Not only do I agree, this is what I present.”

The week-long escalation was sparked by unrest in Israeli-annexed east Jerusalem, and has seen the death toll in the densely-populated Gaza Strip rise to 181, and to 10 in Israel, according to authorities on either side.