Inside the psyche of Kashmir’s mental health experts 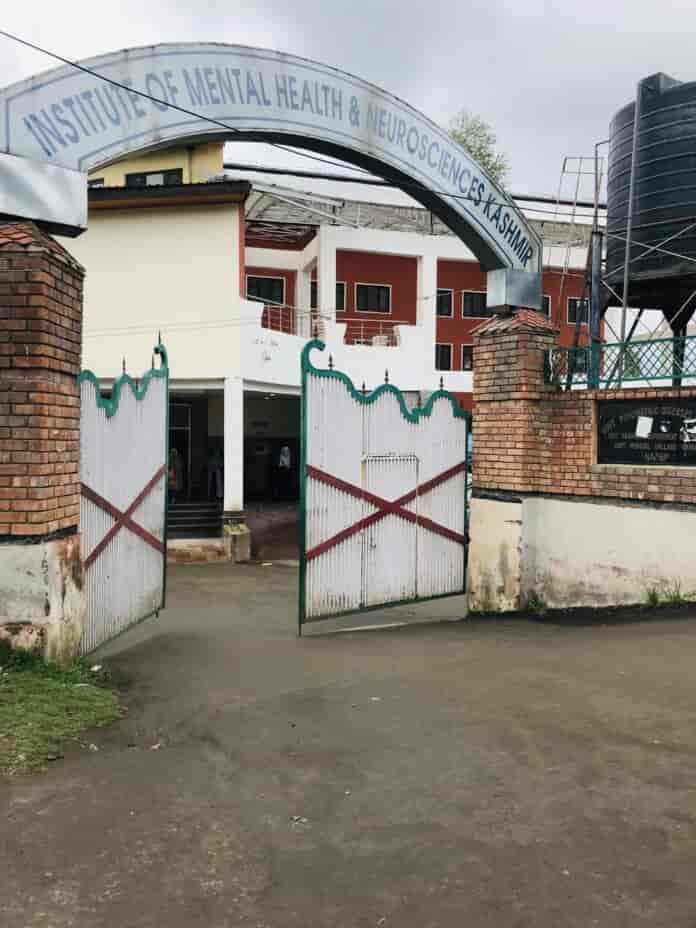 After a 34-year-old man died by suicide, Mariya Zahoor kept rolling on her bed, unable to sleep. The man, who suffered from clinical depression, ran away from his home and came under a moving truck. Zahoor had just lost her first patient.

The patient had visited Zahoor in August 2019, and she put him on medication to minimize suicide risk. A few months on, she scheduled treatment to telephone mode and the patient was responsive, recalled Zahoor; his suicidal ideas had reduced too.

On a winter evening later that year, when she called as per schedule, the patient’s wife picked up the call. “He is no more,” Zahoor was told by his wife.

She dropped the call and started crying, incessantly. The trauma actively held her sleep cycle for a month, she said; sessions with other clients were soon turning into nightmares for her.

Kashmir had been reeling under curfews and a communication blackout that New Delhi imposed as it moved to revoke Jammu and Kashmir’s decades long limited autonomy. It continued for several months before restrictions were gradually removed. Experts believe that the clampdown of August 2019 and then the Covid-19 restrictions have spilled over into a mental health crisis and rolled back years of work in the area by local psychiatrists and psychologists.

Zahoor is not alone. She is one among the few mental health professionals in Kashmir, who work under severe conditions amid heavily stationed government forces and three decades-long armed conflict. In a recent study by Sheikh Shoib and Yasir Arafat, two Kashmiri mental health experts, titled “Potentialities and challenges of digital health in psychiatry in Kashmir”, found that there is a shortage of professionals in Kashmir to deal with the crisis. Quoting a census of 2011, the study read that there are only forty-one psychiatrists and twelve clinical psychologists for a Kashmiri population of 12.5 million.

The violence in the Kashmir Valley, and its socio-economic impact, has taken a toll on the physical and mental health of the people. Due to an alarming increase in instances of depression and anxiety among the population, the well-being of the experts is under contention too.

As soon as Zahoor finished her degree in medicine from Jammu, she had fewer options of opting from the branches like gynae, pediatric, and psychiatry. Seeing the psychiatric problems in Kashmir on rise in the aftermath of the 2016 civilian uprising, she was sure that she was going to do good in the field. Mariya had chosen psychiatry because there were not many women associated with the field. “I wanted to get close to my patients on a personal level,” she said.

At first, her parents were apprehensive about her choice — a reluctance that continues till date. “They are shy to tell people that their daughter works in a ‘mental hospital’,” she told The Kashmir Walla.

A resident doctor at the Institute of Medical Health and Neurological Sciences (IMHANS), Zahoor faced her biggest challenge in dealing with the social stigma attached “with the very thought of talking about mental issues, let alone curing them”.

“Sometimes I hear such traumatic stories that I keep thinking about them for days,” Zahoor said. “It sometimes affects me to the extent that I’m not able to concentrate on anything else.”

In Kashmir, nearly 1.8 million adults have shown symptoms of mental distress, stated a a 2015 survey by Médecins Sans Frontières (MSF), an international medical humanitarian organisation. More than 41 percent of the population showed signs of depression, 26 percent signs of anxiety, and 19 percent showed probable symptoms of post-traumatic stress disorder in the survey.

Many of her patients, Zahoor said, have suffered from the conflict on a personal level. Many of them have lost their friends or kins to the conflict.

“I myself heal when my patient heals.”

For Yuman Kawoos, the trauma is “worth it” to get emotionally drained as long as her patient is healing. Instead, she said the more patients she talks to everyday, the more contentment she finds. “And the contentment that matters,” she added.

Among the first female psychiatrists of the Valley, 32-year-old Kawoos has been practising since 2012.

“Sometimes when I am talking to a patient, it feels like I am giving therapy to myself as well,” she said. “It keeps me going.”

However, owing to the lesser psychiatrists in the Valley, the work has drained the already existing ones physically, she said. On a normal day, she sees 100 to 150 patients on a daily basis.

The profession has become vital for Kawoos, who said that she was able to cope up with her personal issues while treating her patients. “I connected with some of my patients and that in a way helped me,” she added. “Even if I am emotionally drained sometimes, I heal only when my patient heals.”

But she said that there is more scope for the awareness about mental health issues among people. Over the years, the one thing that has changed, she said, is that now people are acknowledging the mental health problems.

Patients coming with various histories every day have taken a toll on the mental health of Zahoor too, she said. With each passing day, in her three years of experience, she said that she has become more anxious.

After the Covid-19 restrictions pushed the help out of physical reach, Zahoor, like her colleagues, have moved onto the online mode. And she believes that it has proven to be effective for some patients, however, it was hard too. “We would complete our day shift and then see other patients on online mode,” she said.

The feeling of contentment after treating a patient is what keeps her going. “I think the most important things for a psychiatrist or a psychologist is sympathy and empathy,” she added. “To see my patients getting better keeps me going.”