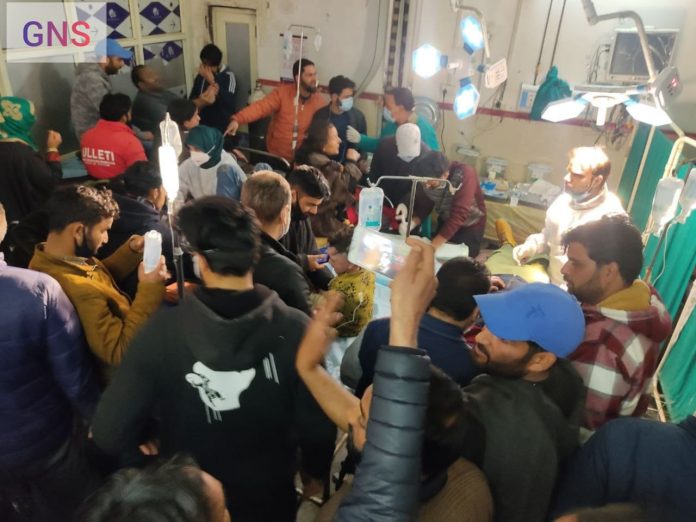 Official sources told GNS that Deputy Commissioner Anantnag the ordered an inquiry into the incident to be headed by an ADC-level officer.

The deputy Commissioner said that the administration will bear medical expenses of all injured in the incident.

“No one has fortunately received any major injury in the incident”, they said. Several of them either received minor injuries in their face, neck and hands.

“Most of them have been already discharged after first aid”, they said.

Meanwhile, a Fire and Emergency Department official told GNS that after initial assessment it was found that there was no major damage caused to hospital room. “Some ticket books and related documents were damaged in the incident. However the fire was brought into control soon after”, the official said. (GNS)