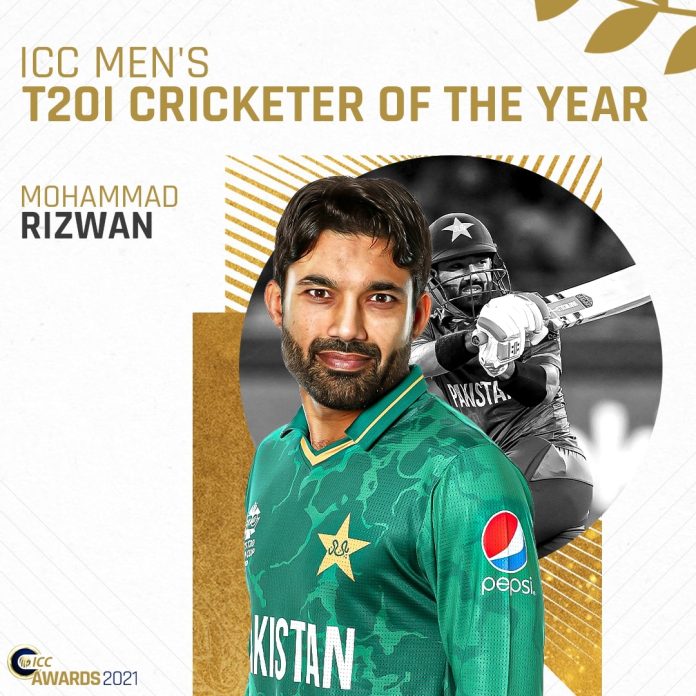 Mohammad Rizwan has been named the Men’s T20 Cricketer of the Year by the International Cricket Council.

“Sheer consistency, indomitable spirit and some breathtaking knocks — the ICC Men’s T20I Cricketer of the Year enjoyed a memorable run in 2021,” a statement issued by the ICC said.

Pakistan’s star batsman, while sharing his views on the achievement, said he is more happy because Pakistan has won the award, Geo Tv reported.

“It is a pleasure to see Pakistan’s name among the top teams of the world,” Rizwan said in a conversation with the Pakistan Cricket Board (PCB).

Rizwan gave credit for his award to the team management, his fellow cricketers and analysts, saying that “team Pakistan has a standing in [the top squads of] the world due to everyone’s hard work”.

Have a look at Rizwan’s performances and some outstanding achievements throughout the year.

The Pakistan wicketkeeper-batter ruled the roost in 2021 when it came to the shortest format of the game. Aggregating a staggering 1,326 runs in only 29 matches, Rizwan struck at an average of 73.66 and a strike rate of 134.89.

Three Pakistani militants and a policeman was killed in a fierce gunfight in Kreeri area of North Kashmir's Baramulla...
News