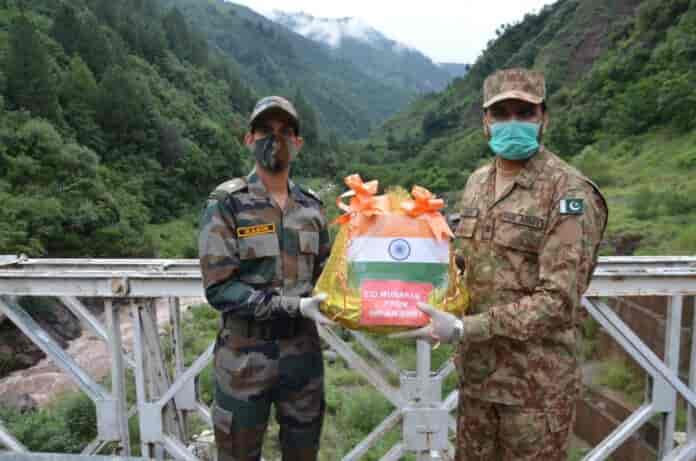 Poonch: Indian and Pakistani armies exchanged sweets on the Eid-ul-Adha at the Line of Control at Poonch-Rawalakot Crossing Point and Mendhar-Hotspring Crossing Point in Poonch district on Wednesday.

Officials told GNS that the ceremony is seen as an enhanced confidence building measure in the backdrop of ongoing ceasefire between both the countries which was renewed on February 25 this year. “Greetings & best wishes of peace & harmony were conveyed to the Pak Army representatives from Indian Army. The gesture was appreciated by both the Armies and is expected to further promote good will & mutual trust,” they said. (GNS)