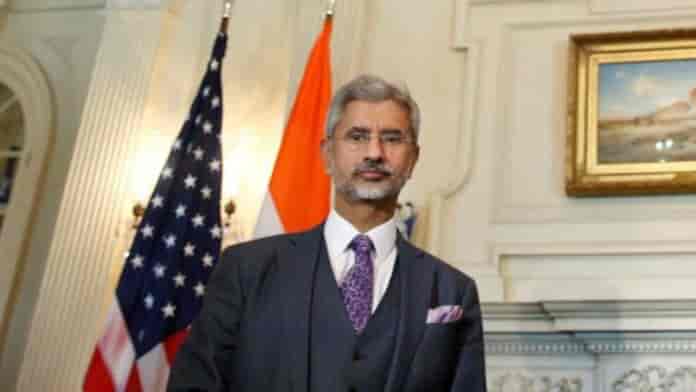 A senior Qatari official Indian officials made a “quiet visit” to Doha in order to speak to the Taliban’s political leadership based there.

According to a report by The Hindu, the meet appears to be the first official confirmation of recent reports that New Delhi has engaged the Taliban directly.

“I understand that there has been a quiet visit by Indian officials to speak to the Taliban,” Qatar’s Special Envoy of the State of Qatar for Counterterrorism and Mediation of Conflict Resolution Mutlaq bin Majed Al Qahtani, speaking at a web conference on Monday.

The statement came just days after External Affairs Minister S. Jaishankar stopped over in Doha to meet with the Qatari leadership twice in the last two weeks.

In response to a question from The Hindu during the discussion, Qahtani said the reasoning behind the meeting was that the Taliban will have a “key” role in Afghanistan’s future.

“Not that everybody thinks the Taliban is going to dominate and take over, but because it is a key component of the future of Afghanistan. So, I see this as the reason behind having a dialogue or talks and reaching out to all parties in Afghanistan,” he added.

To a question about whether any talks between India and Pakistan are linked to the Afghan reconciliation process, Qahtani said, “Afghanistan as a country should not become a place for a proxy [fight] for other countries.”

“It is in the Interest of Pakistan and India to have a stable Afghanistan. Pakistan is a neighbouring country. India is a country that we know has assisted a lot economically in Afghanistan and they want it to be peaceful and stable,” he added.

External Affairs Minister S. Jaishankar had visited Doha during two brief stopovers on 9 and 15 June during his travels to Kuwait and Kenya, where he had met with the Qatari Foreign Minister and the National Security Advisor, as well as U.S. Special Representative on Afghanistan reconciliation Zalmay Khalilzad.

“As Qatar is involved in the Afghanistan peace process, the issue of Afghanistan was also discussed during EAM’s conversations. U.S. Special Representative for Afghanistan reconciliation, Zalmay Khalilzad happened to be in Doha during this period of EAM’s visit, and called on EAM to brief him on the recent developments regarding Afghanistan,” the MEA spokesperson said on Thursday.