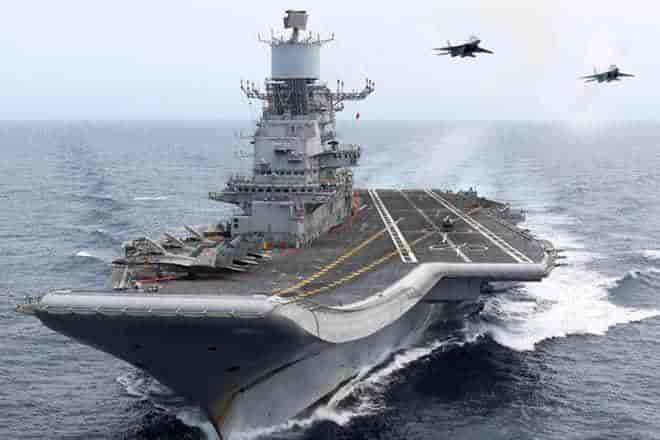 India has moved warships and air force assets including fighters to forward bases in the wake of clashes with Chinese troops in Galwan valley.

At least 20 Indian army personnel were killed in the face-off that happened on Monday night, another four army men are in critical condition. Meanwhile ANI quoting sources has reported that China has lost over 40 troops in the face-off.

According to report by Economic Times, the government has given powers to the armed forces to make emergency procurements to stock up its war reserves in the wake of escalating conflict with China along the Line of Actual Control.

Chief of Defence Staff General Bipin Rawat has been asked to coordinate with the three services on prioritising the requirements, where necessary.

The report by the national newspaper further says that the Navy has also been given the go-ahead to deploy its assets near the Malacca Strait and, if needed, anywhere else in the Indo-Pacific to counter Chinese action. Air Force assets, including fighters, too have been moved up to forward locations.

The PLA even moved a request for a Corps Commander-level meeting on June 16. The Indian side, however, declined and had conveyed to their Chinese interlocutors that a higher-level meeting would only be possible after complete disengagement from Galwan.