“India has adopted laws that systematically discriminate against Muslims”: HRW 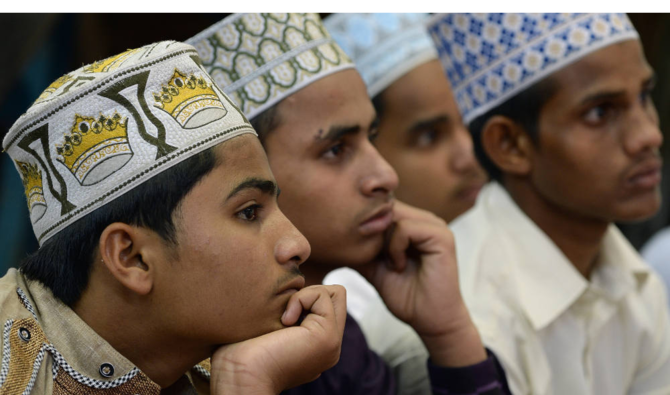 Human Rights Watch said today has said that authorities in India have adopted laws and policies that systematically discriminate against Muslims and stigmatize critics of the government.

In a statement, the global rights body said, “Prejudices embedded in the government of the ruling Hindu nationalist Bharatiya Janata Party (BJP) have infiltrated independent institutions, such as the police and the courts, empowering nationalist groups to threaten, harass, and attack religious minorities with impunity.”

HRW that said 23 February, 2021 marks the one-year anniversary of the communal violence in Delhi that killed 53 people, 40 of them Muslim.

“Instead of conducting a credible and impartial investigation, including into allegations that BJP leaders incited violence and police officials were complicit in attacks, the authorities have targeted activists and protest organizers. The authorities have lately responded to another mass protest, this time by farmers, by vilifying minority Sikh protesters and opening investigations into their alleged affiliation with separatist groups.”It stated.

“The BJP’s embrace of the Hindu majority at the expense of minorities has seeped into government institutions, undermining equal protection of the law without discrimination,” said Meenakshi Ganguly, South Asia director at Human Rights Watch. “The government has not only failed to protect Muslims and other minorities from attacks but is providing political patronage and cover for bigotry.”

The latest arrests come amid increased targeting of activists, academics, and other critics, by the government in recent years. The authorities have especially harassed and prosecuted those protecting the rights of minorities and vulnerable communities. BJP leaders and affiliated groups have long portrayed minority communities, especially Muslims, as a threat to national security and to the Hindu way of life. They have raised the bogey of “love jihad,” claiming that Muslim men lure Hindu women into marriages to convert them to Islam, labeled Muslims illegal immigrants or even extremists, and accused them of hurting Hindu sentiment over cow slaughter.

Since Modi’s BJP came to power in 2014, it has taken various legislative and other actions that have legitimized discrimination against religious minorities and enabled violent Hindu nationalism, Human Rights Watch said.

“The BJP government’s actions have stoked communal hatred, created deep fissures in society, and led to much fear and mistrust of authorities among minority communities,” Ganguly said. “India’s standing as a secular democracy is at serious risk unless the government rolls back discriminatory laws and policies and ensures justice for abuses against minorities.”

Previous articleIran emphasises need to respect right of Kashmiris to determine their own destiny: FM
Next article“Unfortunate that Kashmiris killing each other for 30 years, Delhi unmoved”: Mehbooba