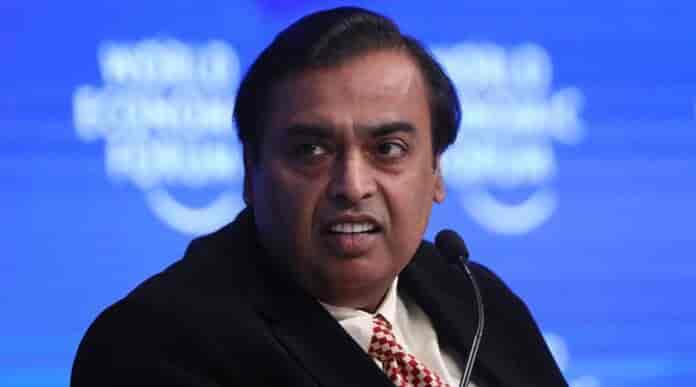 Billionaire Mukesh Ambani on Tuesday hinted at rolling out 5G telecom services in the second half of 2021 and said policy steps are needed to accelerate the early rollout of ultra-high-speed 5G services that are affordable and available everywhere, reported Press Trust of India.

Ambani, whose four-year-old telecom venture Jio has captured the number one spot offering free voice calling and data at dirt-cheap rates, also pitched for developing hardware manufacturing in India, saying the nation cannot rely on imports in such a critical area.

India, he said, is today among the best digitally connected nations in the world. “In order to maintain this lead, policy steps are needed to accelerate the early rollout of 5G, and to make it affordable and available everywhere,” he said. “I assure you that Jio will pioneer the 5G Revolution in India in the second half of 2021.”

Jio’s 5G will be powered by the indigenously-developed network, hardware, and technology components. “Jio’s 5G service will be a testimony to your inspiring vision of AtmaNirbhar Bharat.”

Jio and other service providers such as Bharti Airtel and Vodafone Idea offer 4G services. The country however also has a 2G network that supports only voice calling and text messaging.

“As many as 300 million mobile subscribers in India are still trapped in the 2G era. Urgent policy steps are needed to ensure that these underprivileged people have an affordable smartphone so that they too can benefit from direct benefit transfer into their bank accounts, and actively participate in the digital economy,” he said.

“I can say with utmost confidence that 5G will enable India to not only participate in the Fourth Industrial Revolution but also to lead it,” he said. “We cannot rely on large-scale imports in this area of critical national need,” Ambani, Chairman and Managing Director of Reliance Industries Ltd, said.

Ambani said India has the historic opportunity to become the world’s pre-eminent digital society with ease of living for all. “My conviction comes from the enormous transformative power of the digital technologies,” he said.

India, he said, has two unique strengths: the confluence of three D’s, vibrant democracy, young demography, and digital transformation, and the visionary and dynamic leadership of Prime Minister Narendra Modi.

“India can — and India will — prove cynics wrong by becoming a USD 5 trillion economy,” he said. “It will be a more equal India, with increased incomes, increased employment, and improved quality of life for 1 billion Indians at the middle and bottom of the economic pyramid.”