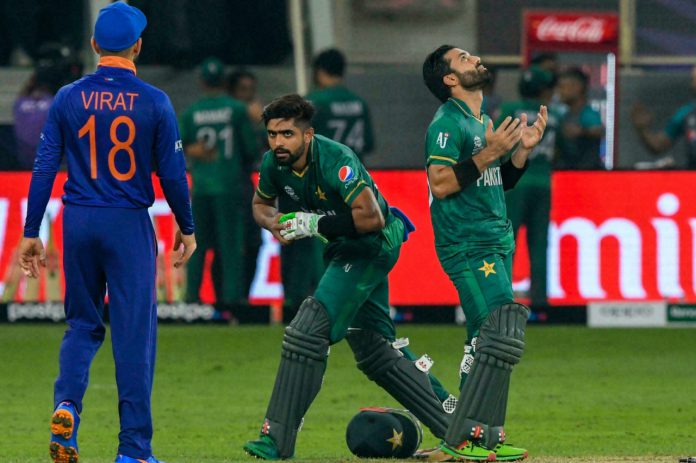 The Jammu and Kashmir police have registered two separate cases against those who celebrated the Pakistan cricket team’s win against India in the T20 World Cup Match, being played in Dubai on Sunday.

Official sources told Srinagar based news agency Kashmir Dot Com (KDC) that the police have taken notice of two incidents particularly – one at the hostel of the SKIMS hospital in Soura and another at the hostel of the Government Medical College (GMC) in Karan Nagar – both in Srinagar district of central Kashmir.

As per an FIR filed at Soura police station (under FIR No. 104/2021), “during intervening night of 24 and 25 October 2021 after Pakistan win one day cricket match, students pursuing MBBS and other degrees residing in the un-married hostel of SKIMS Soura raised slogans and burst firecrackers”.

It says that in this connection a case was registered under section 13 of the Unlawful Activities Prevention Act (UAPA), 105A and 505 IPC.

The police have also filed an FIR (under no. 71/2021) under section 13 of the UAPA at the police station Karan Nagar against the students residing at the GMC hostel, “who were crying and dancing last night evening after Pakistan won the World Cup T20 match against India”.

Sources said that the FIR is still open and the accused are yet to be identified but the investigations are on. (KDC)

Previous articleBest Smartphones Under Rs 15,000 with 128GB in India
Next articleFive injured in grenade attack in north Kashmir