In Udhampur, minor girl rescued after parents forcibly marry her to a 35-yr-old 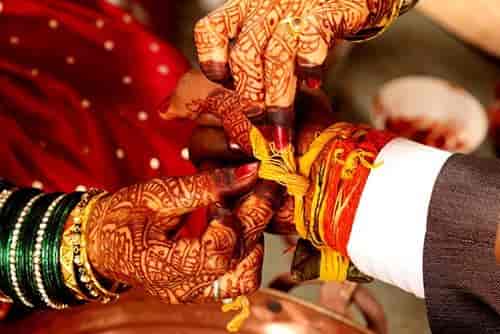 Jammu and Kashmir police on Friday rescued a minor girl from an attempted marriage and arrested six persons, including her parents, in Udhampur district of Jammu division.

In a statement issued to the press, the police said that on receipt of information from Sarpanch of Katwalt, Ramnagar that a minor girl was being forcibly married at Gaghote, Ramnagar with a 35-year-old man, a police team of PS Ramnagar headed by Station House Officer (SHO) Ramnagar Police Station and SDPO Ramnagar raided the place and sought proof of date of birth of the girl. The documents revealed her to be aged 13.

Police arrested all the six persons including parents, husband, in-laws and others for solemnizing marriage of a minor girl, he said, adding that in this connection, a case under FIR number 95/2020 under section 9/10/11 prohibition of Child Marriage Act was registered in the records of Police Station Ramnagar.

After being rescued, the girl was handed over to her maternal aunt, Shano Devi through Child Welfare Committee, Udhampur as per the girl’s request.

District Police lauded the Sarpanch for playing the role of a responsible citizen and public representative and thanked him for his support. (KNO)