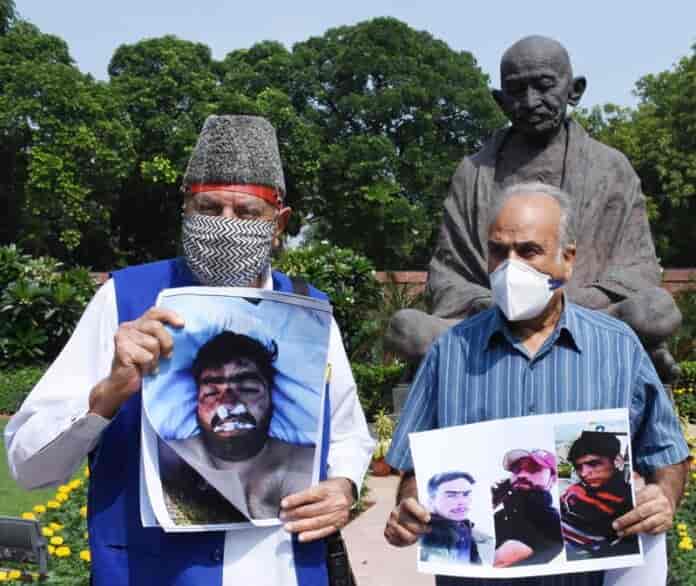 On Sunday, the National Conference (NC) President Farooq Abdullah staged a protest demonstration outside Parliament against “fake encounters and custodial killings in Kashmir”.

Mr. Abdullah along with Hasnain Masoodi, both members of parliament, were protesting against the alleged staged gunfight in Shopian by the army in which three were killed; and against the alleged killing of a 26-year-old Irfan Dar in police custody in Sopore.

On Monday, Mr. Abdullah attended the parliament session for the first time after the abrogation of Article 370 by the BJP-led Central government on 5 August 2019.