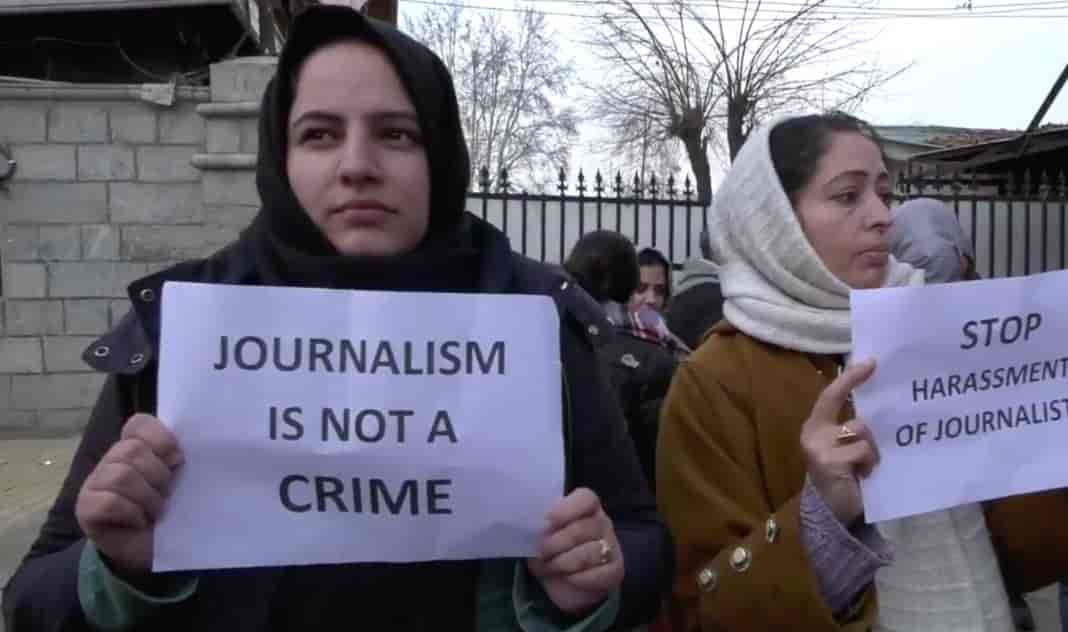 International Day to End Impunity for Crimes against Journalists

On 14 June 2018, one of Kashmir’s most prominent journalists, Shujaat Bukhari, 50, had just finished a meeting with the editorial staff of his English daily, Rising Kashmir. As the next day happened to be Eid, the religious festival of the Muslims, he decided to leave early for home to spend the evening with his family. As soon as he stepped out of the office and jumped into his mid-size SUV, unidentified gunmen fired indiscriminately at him, killing him and his two security guards.

Danish Bin Nabi, who cut his journalistic teeth at Bukhari’s newspaper, said he had known Bukhari for six years and every time someone was killed in conflict-hit Kashmir, Bukhari would feel sad and say, “A Kashmiri gets killed from every side”.

The assassination of Bukhari was shocking for the media fraternity not just in Kashmir but across India and Pakistan where he would often be part of the Track-II dialogue processes.

The journalists in Kashmir have often found themselves caught between the two guns – the guns of the state as well as of the non-state actors.

Besides being killed, the journalists in Kashmir have been arrested, detained and beaten up by the government forces. Their houses have been raided, passports impounded and some barred from travelling abroad.

A month after the Government of India revoked Article 370 and Article 35-A of the Indian constitution that accorded a semi-autonomous status to Jammu and Kashmir, India’s only Muslim majority state, senior journalist Gowhar Geelani was detained at the Indira Gandhi International Airport in New Delhi, where from he had to fly to Germany for rejoining Deutsche Welle where he had earlier worked for four years.

“An officer there, who identified himself as Abhishek, told me that they have instructions not to allow me to leave the country,” Geelani said.

Such instructions against the Kashmiri journalists are being given by top intelligence agencies and in some cases they even slap anti-terror laws against them.

Six months later, on 14 March 2018, Yousuf was released on bail after the Additional Sessions Judge Tarun Sherawat placed on record, “The NIA had not placed any single photo or video showing that the applicant or accused was involved in stone pelting activities.”

The judge ruled that the mere presence of a journalist at the site of an incident was not sufficient to implicate him for the offences that allegedly occurred there.

Not only is the professional work that they do for the media outlets landing Kashmiri journalists in trouble but also what they post on their social media accounts.

A female journalist Masrat Zahra, whose work has appeared in The Washington Post, Al Jazeera and The Quint, was booked under the UAPA in April 2020 for posting her work on her social media accounts a year ago.

The authorities accused her of “uploading anti-national posts with criminal intention to induce the youth and promote offence against public tranquility”.

The journalists in Kashmir see these killings, arrests, detentions and registering cases against them as an attempt to silence the journalist community in Kashmir into submission.

Several journalist bodies have condemned the intimidation of journalists in Kashmir saying that it was unfortunate that the police were harassing and summoning the journalists.

“While journalism in Kashmir has never been easy, the challenges and hardships have multiplied for journalists since 5 August 2019,” said the Kashmir Press Club, in one of its statements. “Even in this time of coronavirus, the journalists in Kashmir have been called to Police Stations and forced to present themselves to explain their stories.”

The crackdown on Kashmiri journalists has been condemned by media watchdogs worldwide. Reporters Without Borders (RSF), a French NGO, in its report on 5 August 2020, a year after the abrogation of Article 370, called on the Indian government to immediately change its policy or go down in history as a regime that deprived the region’s eight million inhabitants of reliable news and information at the height of a pandemic.

“Working has been hell for journalists in Kashmir for the past year,” said Daniel Bastard, the head of RSF’s Asia-Pacific desk.

Three years earlier, International Federation of Journalists (IFJ) in its report on Kashmir, ‘Kashmir’s Media in Peril – A Situation Report’ highlighted the challenges of living and reporting in Kashmir and balancing pressures from all sides: the government, the government forces, the militants and the Kashmiri public.

The report laid emphasis on the vulnerability of Kashmiri journalists, particularly women journalists, reporters living and working in remote areas and photojournalists working at the frontline.

The report also raised a red flag about the access to information stressing that the information was controlled by the government and the government forces, while Kashmiri journalists were not given access to the out-of-bound areas. It added that the government, every now and then, goes for telephone and internet shutdowns even as there was no system in place to get official versions of incidents.

However, when the NIA in October 2020 conducted raids on Greater Kashmir, largest circulating English daily of Kashmir, even Mufti felt ashamed with the clampdown on media and said that the raids were “yet another example of Government of India’s crackdown on freedom of expression and dissent”.

In September 2021, Mufti shot a letter to media bodies of India – Press Council of India (PCI) and Editors Guild of India (EGI) saying journalists in Kashmir were being “intimidated, snooped and harassed”.

The clampdown on media in Kashmir is not good for India’s image worldwide, and India ranked 142nd out of 180 countries in the 2021 World Press Freedom Index produced by the RSF.

The UN Special Rapporteur on the Promotion and Protection of the Right to Freedom of Opinion and Expression in August 2021 also expressed serious concerns over the reports of arbitrary detentions and intimidation of journalists in Kashmir.

The intimidation of journalists in Kashmir increased after June 2020 when the Jammu and Kashmir government’s ‘New Media Policy’ authorised the Directorate of Information and Public Relations (DIPR) to “examine” the contents of print, electronic and other forms of media for “fake news, plagiarism, unethical or anti-national activities”.

Journalists in Kashmir say that this policy is now being “misused to browbeat them into submission”.

“The security agencies here think that to keep the situation under control in Kashmir, they need to  muzzle the three Ms – the Militants, the Mullahs and the Media,” said a Kashmiri journalist who did not wish to be named for fear of reprisal.

“While the clampdown does not allow the journalists in Kashmir the space to operate the way they should, it is also tarnishing India’s image worldwide.”

The Home Minister Amit Shah on his recent visit to Kashmir said that the government’s efforts of replacing guns with pens had borne fruit.

However, the recent attempts to intimidate journalists suggest that the journalists in Kashmir continue to be battling under the shadow of the gun, intimidation and harassment.

(This report was supported by The UNESCO, Public Media Alliance, and Media Action Nepal Fellowship.)