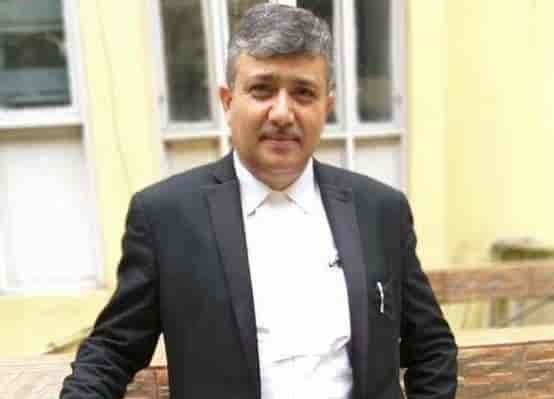 After the Jammu and Kashmir (J-K) high court division bench ordered a probe by Central Bureau of Investigations into the Roshni Act, lawyer Sheikh Shakeel Ahmed said that it is unfortunate that “a few people are communalising the historic and landmark judgment” by the court by accusing Muslim community in the region of “Land Jihaad”.

In the judgment, the division bench highlighted several issues about the land grabbing in both Kashmir and Jammu divisions. Official figures revealed that 1602143 kanals of land were illegally occupied in Jammu, of which 571210 kanals were regularized under the Roshni scheme. Likewise, 444293 kanals were illegally occupied in Kashmir, of which 33392 kanals of land was regularized under Roshni scheme.

“In the instant case, there are allegations of ministers, legislators, bureaucrats, high ranking government and police officials having encroached upon public lands and having caused orders passed under the Roshni Act in their favor,” the court said.

In an interview to a local news channel in Jammu, J-K high court lawyer Mr. Ahmed said: “Can these people, who are promoting hate and communal politics, tell me if the words Hindu and Muslim have been used by the high court in its judgment. But, it is utterly unfortunate [that people manipulated] a path-breaking, historic and landmark judgment was given by J-K HC against the land mafia.”

Detailing the matter further, the advocate read out the names of the applicants who were identified by the accountant general of J-K, wing of Controller Auditor in J-K, in 2013-14. He claimed it contained 547 names. Initial 314 names in the list, “from Srinagar and Budgam district, includes names of a few Kashmiri Pandit brothers — nearly 3-4 per cent — [but] 93-94 per cent are Kashmiri Muslims,” he said.

While in Jammu region, where Mr. Ahmed said that people claim Jammu’s demography is being changed as per design, majority applicants belonged to Hindu and Sikh community.

Earlier, IkkJutt Jammu chairman Advocate Ankur Sharma, slammed members of Gupkar declaration and came down heavily on the “seditious, communal declarations made by these so-called mainstream political parties of Kashmir.” He said that proceedings of 5 August and thereafter were partial solution to the Kashmir problem and in order to achieve desired outcome for strengthing the Nation, Prime Minister and Home Minister should call special session of Parliament and further divide Kashmir into two Union Territories, one for Hindus of Kashmir and other for rest of Kashmir and Statehood for Jammu.

Expressing his disgust at the narrative, Mr. Ahmed added: “People never heard words such as Zameen Jihad, islamophobia, or demographic change, in Jammu’s plural society. Don’t buy milk from Gujjar, or don’t sell your land to them, or boycott Gujjars, have you seen such politics in Jammu before? This politics is here because some people are exploiting religion to become heroes.”

“Encroacher is an encroacher, they don’t have religion, but attaching them with a particular community and then terrorising them on national media, damaging the historic brotherhood … does the constitution of India allow this?”

Mr. Ahmed requested J-K police “to take actions against these people [even] without a formal complaint, or a suo moto by the HC.”

Previous articleFive unexploded shells destroyed along LoC in Poonch: Army
Next articleDelhi a perfect match-maker, we should be thankful to them for uniting us: Sajad Lone