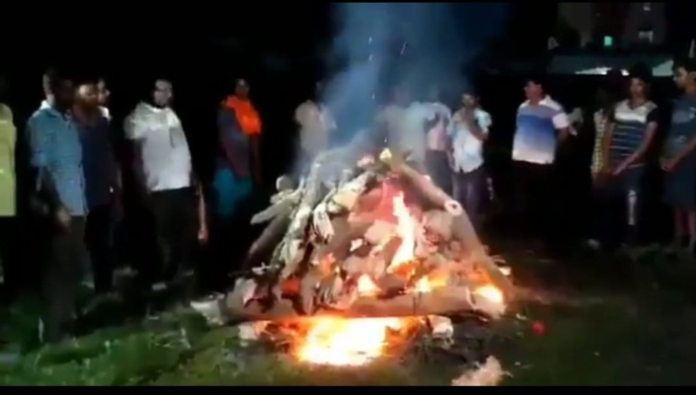 Lower-caste Dalit women in northern India are targeted for rape by upper caste men who usually escape justice as survivors bow to pressure to drop their cases, researchers found on Wednesday, reported Reuters.

Only 10 per cent of forty rape cases involving Dalit women and girls in Haryana state ended with the conviction of all those charged, and these involved murder or victims under the age of six, found two rights groups, Equality Now and the Swabhiman Society.

In almost 60 per cent of cases, the survivor withdrew her case and accepted a “compromise” settlement outside the legal system, usually after unofficial village councils, or Khap Panchayats, coerced the women to abandon their quest for justice, it said.

“Survivors are threatened, face violence, their families are ostracised and there is extreme pressure to stay silent,” Manisha Mashaal, founder of the Dalit rights group, Swabhiman Society, told the Thomson Reuters Foundation.

“To access justice, survivors have to put their lives at risk and endanger their families as well.”

Haryana’s director general of police Manoj Yadava said that he was unaware of the report, adding that they had a “zero tolerance” policy to crimes against women in the state.

The rights groups said men from dominant castes frequently use sexual violence as a weapon to reinforce caste and gender hierarchies, which place India’s 200 million Dalits on the lowest rung of an ancient caste hierarchy.

The report highlights the challenges Dalits face in getting justice, despite tougher anti-rape laws introduced after a fatal gang rape in 2012, and nationwide protests last month over the alleged gang rape of a Dalit teen who later died.

“Dalit women’s bodies are being used to assert caste supremacy and keep women ‘in their place’,” Jacqui Hunt, Eurasia Director of women’s rights group, Equality Now, said in a statement.

“Perpetrators from dominant castes know they are likely to go unpunished because every branch and echelon of the system is weighted in their favour, and this impunity for rape creates an enabling environment that fosters further abuse.”

In almost 90 per cent of cases, at least one of the accused was from a dominant caste, with men often acting in groups to carry out gang-rape and murder, the research found.

The police frequently failed to record or investigate crimes when initially reported and were sometimes abusive or put pressure on survivors to drop cases, the report said, with survivors not given adequate advice about their legal rights.

“I can guarantee that every complaint that is brought to the police is being registered and investigated,” Yadava said.

“We have 32 all-women police stations and a women’s helpline number. We are not hiding any cases coming to us or brushing them under the carpet. We are proud of our record of action against these crimes.”

He added that out of court settlements were a social problem and awareness was being created to address it.

But one 28-year-old survivor said her family were being harassed by a man who raped her in 2018 after she rejected his advances.

“Even before I could recover from the trauma of what had happened, his family and other upper-caste men were at our doorstep,” said the woman.

“I was forced to marry my rapist and then tortured by the family. I ran away and decided to fight my case. But every day they show up to threaten us and my mother cries in fear. I hope I get justice and all this trauma will finally end.”