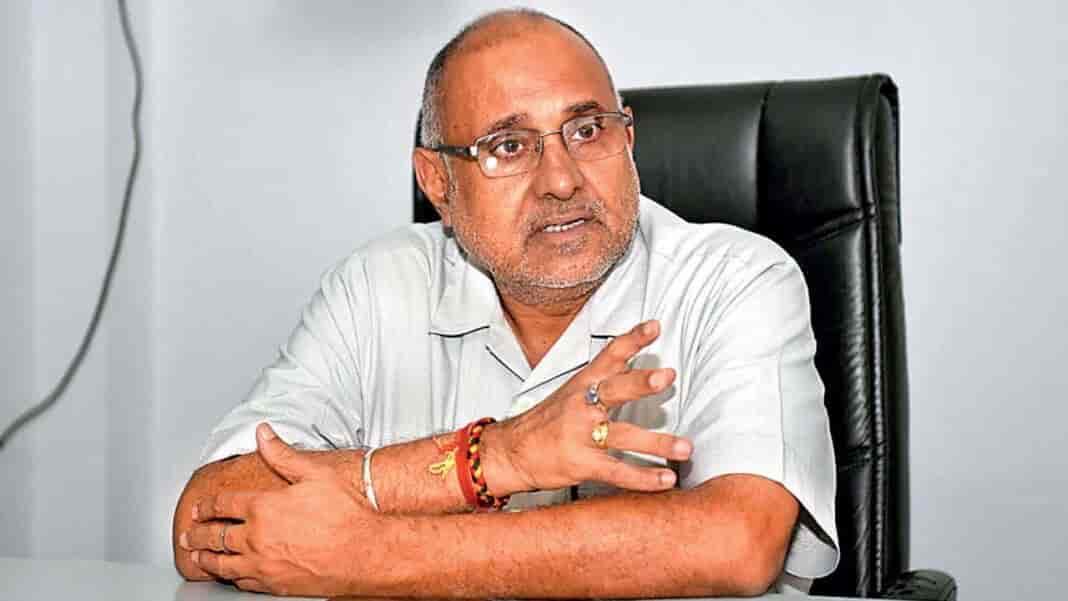 On 5 August, Bharatiya Janata Party (BJP) led central government stripped the special status of Jammu and Kashmir (J-K), cited under article 35A and article 370 of the constitution, and divided the region into two federally governed territories – J-K and Ladakh.

From laying the foundation of the decision to the status of statehood and article 371, BJP’s J-K vice president Avinash Rai Khanna talks to The Kashmir Walla about the party’s outreach program and planning of the upcoming assembly elections in J-K.

TKW: Five months after repealing article 370, how does your party see things in Kashmir?

Mr. Khanna: Two important things happened after repealing of the region’s special status: Leh got the status of Union Territory (UT), which had been their demand for the last 70 years and it came to the fore front that the special status gave no benefit to people. Only a few people were taking advantage of it.  People have started to feel that after the formation of UT and with centre directly interfering in governance, development has been happening. Now, money is directly reaching to panchs and sarpanchs that lead to peace and development in the region.

When and how did you come to know about the repealing of the article 370?

See, the repealing of article 370 has been BJP’s demand since the party came into being. It was nothing new and we didn’t do anything all of a sudden. We would always demand the repeal of article 370 in any meeting or when a resolution was passed. It was always in our political agenda, including for the election manifesto in J-K.

BJP claimed that scrapping special status would lead to development, but media reports and Kashmir Chamber of Commerce and Industries (KCCI) contradicts it big time. They claim the loss of more than 15 thousand crore rupees and over one lakh job losses.

I don’t agree to the estimates provided by them. It is a manipulated faction and a distorted figure. You live in Srinagar, right? I have also been to Srinagar twice recently – you see how much rush is on the streets?

For an instance, if the figures are inaccurate, there have been huge losses and many people have lost their jobs. What do you say about that?

How much losses were experienced when you forced Kashmiri Pandits out of the Valley in the 1990s? The losses are not as much as it happened back then. Today, at least people are living peacefully. Was it peaceful back then? Today, their [Kashmiris] apples and farms have been bought. Government has totally supported these people [Kashmiris].

Tell us about the outreach programme of your party in Kashmir?

We have taken several steps in this regard including the recent Khelo Kashmir programme, which was a different kind of experiment in the Valley, in which around 935 people participated. At the grassroot level, currently we are strengthening our party through organizational elections; for that, we are going from booth level to constituency level in all the ten districts of the Valley. Many people are joining BJP in Kashmir as well.

How many members does BJP have in Kashmir?

I cannot orally tell the exact membership number of our party.  However, we have good number of members, including Panchs and Sarpanchs, in our party – it includes about 1,300 elected representatives at the lower level.

BJP’s General Secretary recently said that your party is going to strengthen your base in south Kashmir, how are you going to do it?

We are not only doing that in south Kashmir, but in entire Kashmir.  As government, there are many programmes going on like Back to Village-II and grants have been given to sarpanchs and panchs which deal with the village development. The constitution of our party and government is peace and development.

In the past, BJP hasn’t seen electoral success in Kashmir. How do you see that?

You are right about Assembly and parliamentary elections, but we have performed well in local body elections like Block Development Council elections and more.

They participated indirectly through proxy candidates.

Where do see BJP in upcoming elections in Kashmir? Do you see electoral numbers changing?

Definitely! First of all, the so-called local leaders have been lying to people all along. And now, those leaders, who have only built their empires, have been exposed and people feel betrayed by them. It has been five months to their detentions and nobody cares in Kashmir.

Are these political detentions meant to establish BJP’s monopoly in regional politics?

It is simple, we have not banned any political party in Kashmir, and all the parties can do their activities. All the detentions have happened as per law and it will remain as per law. If judiciary wants to think about it, then they will have something. It has got nothing to do with the party. It is a pure legal process.

In absence of the mainstream political parties right now, how do you see BJP doing in upcoming elections?

We are preparing at the booth level, our party is now at booth level. Earlier, we had only three districts then we had development in our party and our party has grown.

Do you see BJP forming an alliance, as with People’s Democratic Party (PDP) in the past?

It is about future, and hard to predict right now. The decision on alliance will be taken after elections. As of now, we are trying to stand on our feet.

There have been rumors and demands of article 371 (domicile) and statehood? Where does BJP stands on these issues?

BJP has promised statehood and we will give it. The decision on article 371 will however be taken by the elected local government and it is for them to decide.

The interview has been edited for clarity. It originally appeared in our 6-12 January 2020 print edition.