In a first, ‘Magnetic IED’ recovered in north Kashmir 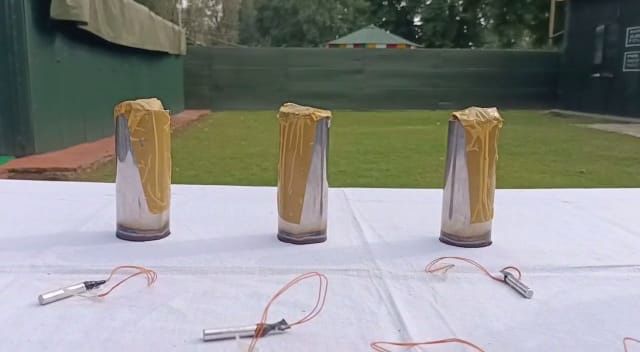 In a first, government forces on Sunday claimed to have recovered magnetic improvised devices in Sopore village in north Kashmir’s Baramulla district.

In a statement, issued to a local news agency, Kashmir News Observer (KNO), a spokesperson said that a suspect namely Saqib Shakeel Dar was apprehended with war like stores in a joint operation by government forces on Friday based on a specific tip off in Shangargund village of Sopore.

The statement reads that during spot interrogation, he admitted to having hidden Magnetic IEDs in the Chak Barat Orchards, following which forces launched a search in the orchard and recovered three IEDs and seven detonators.

It reads that the magnetic IEDs are small but powerful bombs with high blast impact, affixed to vehicles, capable of causing serious damage and killing passengers.

“Easily portable, they enable specific targeting of VIPs and innocent passengers, avoiding existing detection measures by security forces and have been, of late, employed by militants across the globe,” it added. (KNO)