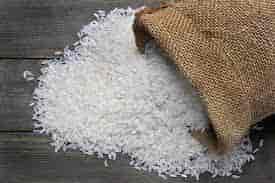 Pulwama: Police have seized 45 bags of rice belonging to the Food Corporation of India (FCI) being allegedly ferried illicitly in a grass-laden load carrier in this south Kashmir district late last night, officials said on Saturday.

A senior police officer said that a police team stopped a load carrier— TaTa Mobile (JK05D-0445) at Chatapora near Petrol Pump in the district last night. The load carrier was laden with dry grass, he said. However after searches, the police party recovered 45 FCI rice bags, he said.

“A case has been registered and further investigations are underway,” the officer added. (GNS)