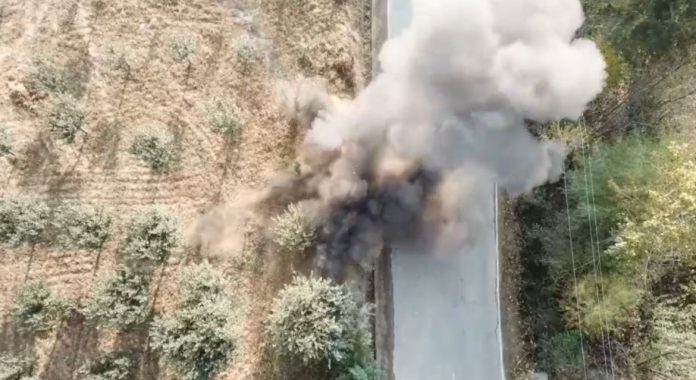 A Bomb Disposal Squad diffused an Improvised Explosive Device (IED) after it was detected by joint forces in between Langate – Wudipora of Handwara village of north Kashmir on Wednesday.

Officials said that a Joint team of police along with army’s 30 Rashtriya Rifles detected an IED on Baramulla – Handwara road.

Shortly after the detection of the IED, traffic was halted and the movement of people was restricted, they said.

A Bomb Disposal Squad rushed to the spot and destroyed the IED without causing any harm.

Meanwhile, a case in this regard has been registered and investigation has been set into motion, they added.(KNO)