“I beg you, please return our father to us”: Daughter of abducted BJP leader 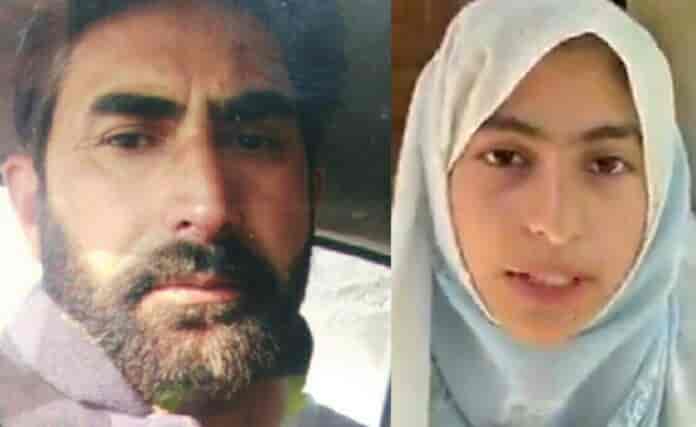 Srinagar: The daughter of the Bharatiya Janta Party leader, who was allegedly abducted by unknown men on Wednesday monring, has appealed the abductors to release him as he is their only support.

In a video message, a young girl who identifies herself as the daughter of the BJP leader, Meraj Ud Din Malla, can be seen pleading before the abductors, “If he is anywhere please let him go as he is our only support, I beg to you please return our father to us. “We don’t know what has happened to him, whether he has been kidnapped or what, but please return our fidelity to us,” the girl who is donning a white scarf appeal in the 32-second video.

Earlier in the day, a BJP leader from north Kashmir’s Watergam area of district Baramulla was allegedly abducted by unidentified men from his residence.

“Before anybody could react, he was taken away,” locals said.

Senior Superintendent of Police Sopore Javid Iqbal had said police have launched a manhunt to trace him, “We are looking into it who took him away,” he told KINS.

Previous article“Poetry feels like a person’s own”: Classical touch in Kashmir’s contemporary music
Next articlePaK man trying to infiltrate held by locals on LoC in Poonch, handed over to police