Husband among 05 chargesheeted in murder case of woman in Srinagar 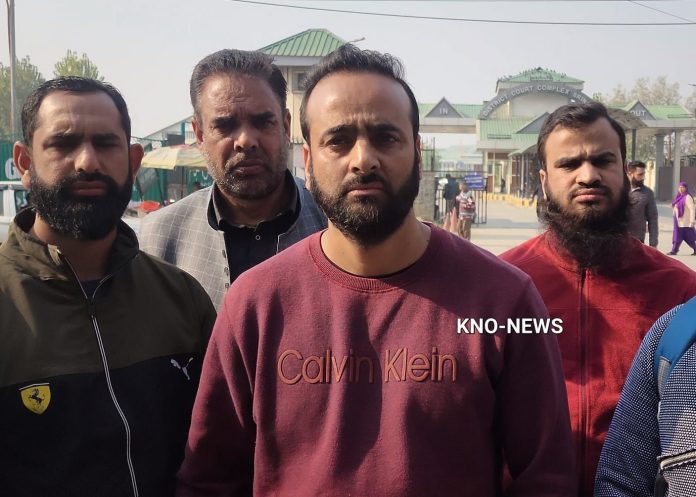 Jammu and Kashmir Police on Saturday filed a charge-sheet against five persons involved in murder of a woman on June 25 this year in Bemina area of Srinagar.

As per the details available five accused persons including husband of the deceased woman and in-laws were arrested following the murder of the woman at Nundresh colony, Bemina.

An official said that during the course of investigation and postmortem of the decease it came to fore that the cause of the death was due to strangulation, following which a case under section 302 of IPC was registered.

He said that the charge-sheet was produced against the five accused  before the court of Chief Judicial Magistrate Srinagar.

Meanwhile, brother of the deceased woman, Mohammad Younis Dar thanked the police for speedy investigation and action against the accused persons.

“We want speedy trials into the matter to ensure that such actions are not repeated in the society,” he said, adding that stringent action must be taken against the persons involved.

Dar said that action against them must serve as an example to the whole society so that no one dares to do such heinous crime in future. (KNO)